The total adviser headcount rose to 733 by the end of September according to the network, with 13 new starters recruited by existing appointed representative firms supported by its recruitment team.

The network said it anticipated recruitment to continue "at the same pace", with more than 150 applications at the end of last month either pending authorisation and onboarding, or in the initial application process.

Applications are from advisers who work for themselves or a new AR firm moving to the network, or are joining an existing Stonebridge firm.

According to the network, the number of applications is up from 60 year-on-year.

The network also said that over 12 months, mortgage advisers had been appointed at a “substantially higher” rate compared to previous periods.

It said enquiry levels had further increased during lockdown, which it said suggested many brokers were “taking stock” and reflecting on the service they were receiving from their prior firm or network.

Stonebridge added that market conditions had led to increased demand, with many of its existing AR firms deciding to increase the number of advisers.

Over £1bn of mortgage applications processed

The network also reported it had processed over £1bn worth of mortgage applications during September.

Member firms placed over 5,600 lending applications in September, up 19 per cent year-on-year.

At the end of August, the network’s year-to-date lending volumes were up 7 per cent on the same period in 2019.

According to the network, AR firms were continuing to capitalise on “strong mortgage market conditions” including a post-lockdown boost in demand, and the temporary cut to stamp duty.

It comes after Stonebridge reported it had also processed more than £1bn worth of mortgage applications during July.

“In that sense, it has been an excellent recovery and we anticipate this will continue to strengthen particularly over the next two quarters.” 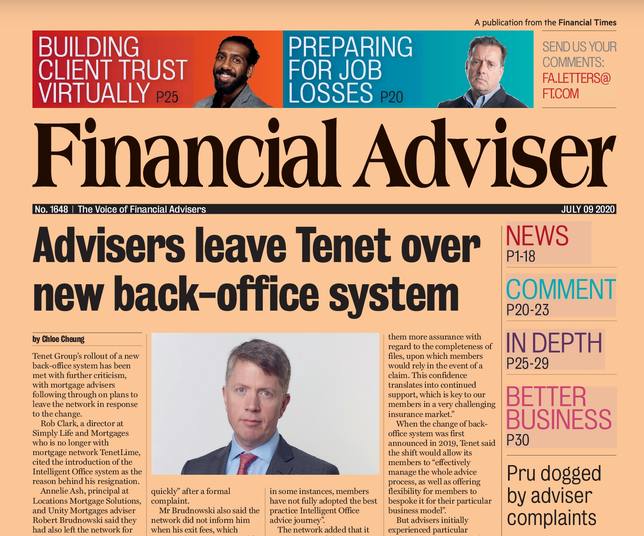