New rules allowing commercial premises to be converted into homes have come into force as the government looks to “revitalise” high streets and town centres in England.

The government said the new rules, which were announced by housing secretary Robert Jenrick last week (March 31), will help support the creation of “much-needed” homes.

Estimates put the number of new homes needed in England at up to 345,000 per year, according to a House of Commons library paper published in January.

Instead of a full planning application, unused commercial buildings that are converted into new homes will undergo a simpler process of prior approval and ensure they meet standards on space and adequate natural light.

Jenrick said: “By diversifying our town and city centres and encouraging the conversion of unused shops into cafes, restaurants or even new homes, we can help the high street to adapt and thrive for the future.”

Research from PwC on store openings and closures in 2020 found a record net decline of 9,877, equivalent to an average of 48 chain stores closing every day, alongside 21 openings.

Nick McLean, associate director at LDNfinance, commented: “These planning reforms are to be welcomed and are an important step towards revitalising our high streets while providing opportunities for developers. This can only be a good thing for the specialist property finance market.”

While the new rules will enable the creation of homes via a simpler process in place of a full planning application, John Eastgate, managing director of property finance at Shawbrook Bank, suggested the opportunity would be more suited to experienced developers, rather than buy-to-let landlords.

Speaking to FTAdviser before Jenrick’s announcement, Eastgate said: “What we’ll definitely look at as we’re going through any lending proposal, would be the qualifications and capabilities of the people who are planning to take that sort of transaction on.

“It’s not a natural segway to go from being even a relatively substantial buy-to-let landlord, to being somebody who develops and converts an office building into 20 flats or something like that.”

Eastgate added: “I think what will matter massively there will be the credibility of the borrower in terms of their track record and their previous performance in doing projects - not necessarily of that scale - projects that demonstrate that they can be trusted to do it.” 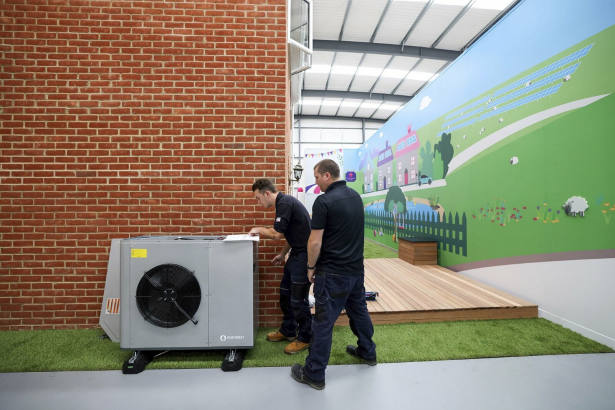