Green mortgages are set to become more popular in 2022, but there needs to be a 'joined up response' from all parties in the property purchasing chain, advisers have claimed.

As Leeds Building Society issued results from a survey that said 90 per cent of brokers expect interest in green mortgages to grow, advisers claimed there needed to be more innovation from lenders, valuers and even the construction industry if that demand was going to be met by suitable mortgages.

"We need a joined up response between advisers, lenders, valuers and the construction industry to change behaviours and encourage retrofitting."

There's so much opportunity, but so little genuine innovation by lenders.--Blyth

Benjamin Blyth, head of mortgages at Rippled Mortgages, said: "In my opinion, we need to see real innovation from lenders".

He suggested flexibility such as 0 per cent on additional borrowing (alongside the standard rateable mortgage) for anyone who uses the funds for improving the home with ‘green’ improvements such as solar panels or heat pumps.

He said this would be "easy to offer", adding: "Also, if people need borrowing beyond the loan-to-value bracket of a lower rate, then allow them to keep the lower rate for additional borrowing if it’s used to make improvements rather than them jumping to the higher bracket.

"There's so much opportunity, but so little genuine innovation by lenders."

Meanwhile, Passivhaus self builder and engineer Simon Apperley said it would be helpful to get "sensible" quotes from mortgage lenders to build.

He commented: "If we can ever get a sensible quote to build our Passivhaus, we will probably look at a green mortgage which has a lower rate for homes with Passivhaus certification."

A survey by Leeds Building Society in December asked 69 members of its broker panel for their views on green products and whether they were noticing any changes in consumer demand or attitudes for this sector in the build up to Cop26.

According to the lender, four in five advisers have said inquiries for green mortgages over the past three months have increased compared with 12 months earlier, with almost three in five (57 per cent) seeing a significant increase.

Almost all the brokers surveyed (93 per cent) expected demand for green mortgages to increase further over the coming months, with half expecting demand to increase significantly.

Matt Bartle, director of products at Leeds Building Society, said: "Our research with intermediaries supports our view this is an issue the public is engaged with and a market which brokers can expect to continue to grow.

"What we’re starting to see is a groundswell of opinion from more people who are recognising that change needs to happen and seeking products to help them reach their goals.” 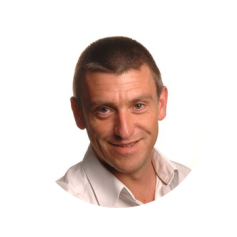 Many plan to start investing in 2022 to improve 'financial health'

How to help the growing Fire generation