Brokers have faced hour-long delays trying to get access to HSBC for Intermediaries today (February 2), with some advisers starting as far back as ‘1,719’ in the queue.

The bank said in a message to brokers on its website: “We are currently experiencing a high level of demand and have placed you in a virtual queue. This is so we can limit the number of concurrent users so we can give you the best possible service.”

Three advisers told FTAdviser they or their colleagues have been waiting between one and two hours to get into the bank’s portal to submit their clients’ mortgage applications.

HSBC emailed brokers yesterday morning (February 1) notifying them of a rate rise across the board, with only 85 and 90 per cent loan-to-value mortgage rates decreasing.

Prior to this email, HSBC had maintained “market-leading rates” according to Chris Sykes, associate director at Private Finance.

He said the bank has had system queues in place for the last week to try and manage the level of traffic its low rates have generated.

“They’ve been bombarded. They simply don’t have processing power to handle volume,” Sykes explained. “They won’t want their service level to slip for too long, otherwise they’ll be stuck with dissatisfied customers over a longer period.”

When Sykes last checked, the service said it could take up to nine days to process a mortgage application, versus HSBC’s standard two days.

By raising its rates, Sykes believes the bank will be able to clear the backlog over the next week.

Brokers on his team were up at 6am this morning to file client applications to ensure they beat the queues. “There’s nothing worse than having to ring a client and tell them they missed the cut off and will have to move to a higher rate costing them £5,000 more over five years,” he said.

But brokers who left it until today (February 2) haven't been so lucky. Sykes said he’d heard some waiting at least two hours. At 14:30, there were 1,719 brokers sat in the server queue.

Nathan Stacey, an adviser at Continuum Financial Services, was 1,426 in the queue at midday with an estimated wait time of “more than an hour”.

“As an independent financial adviser, I always want to find my clients the best deals on the market,” Stacey explained.

“It’s very frustrating to give the advice that this particular lender is the best fit for my client, then be faced with queues of over an hour to get onto the website.”

He had been waiting more than 90 minutes without access to the intermediary site.

Aaron Strutt, a director at Trinity Financial, said one of his team members was number 1,309 trying to get into the system at around 14:00.

Adding to brokers’ worries is the anticipation of a rate rise by the Bank of England tomorrow. This could see some of their clients’ mortgage interest rates rise considerably without refiling applications. 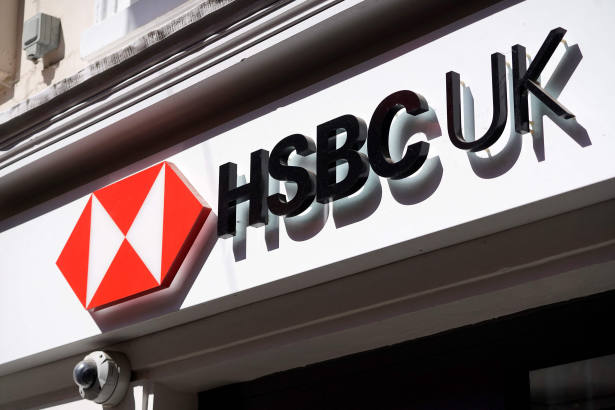 Mortgages HSBC Loans Broker
A service from the Financial Times