EQ Investors manager Kasim Zafar is favouring systematic macro offerings in the firm’s “best ideas” model portfolio range as he takes on board the influence of global events on markets.

Mr Zafar, who works on the seven-strong batch of portfolios, said equity market unpredictability and elevated bond prices had prompted him to remain underweight both asset classes.

As a result the manager has been focusing on the alternatives space, which made up 15 per cent of the range’s Balanced portfolio at the end of 2016. He has been targeting “directional trading strategies” that take advantage of market and economic trends.

As such, in recent months the IPM Systematic Macro fund was added to the range, with another position held in Dunn WMA Institutional. The former seeks returns uncorrelated with traditional asset classes via long and short positions, while the latter focuses on global financial, energy, metal and agricultural futures markets.

This follows a period in which the team had opted for market-neutral funds. Mr Zafar reduced an allocation to long/short funds in early 2016 in favour of market-neutral portfolios, but then cut back these positions in turn last September.

“Long/short funds had a difficult time in the past 18 months. There was a lot of correlation as we went through risk-on, risk-off environments,” he said.

“Those funds tend to find it difficult because they need stock dispersion to make a return. When you have macro-related events going on, the shorts go up as much as the longs.”

“We think the environment will be better this year. There’s potential for small [market] rotations to happen, but to a lesser degree than last year,” he explained.

“Dispersion will be higher but there will be times when we will see that correlation rise.”

In the equities space Mr Zafar has been seeking exposure to emerging markets, where he believes valuations remain attractive.

“From a top-down perspective we think emerging markets are cheap versus other markets, and cheap versus their own history,” he said.

As part of this strategy the manager has added Hermes Asia ex Japan to the range, as well as holding the asset manager’s Global Emerging Markets vehicle.

Elsewhere, Mr Zafar has added to a position in BlackRock’s 100 UK Equity Tracker fund as part of a market-cap play. “With Brexit, we have a preference for being in the larger-cap side of things,” he said.

The manager has also joined some of his peers in seeking to mitigate duration risk within his fixed income exposure.

This has entailed him selling out of the Vanguard UK Government Bond Index fund and adding to a position in the L&G Short Dated Sterling Corporate Bond Index product. 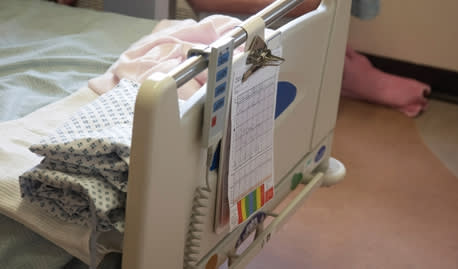 Absolute Return
A service from the Financial Times