Do you earn too much? I saw a survey published online which suggested that independent advisers pocket an average £89,000 a year while appointed representatives get around £75,000.

If those figures are true, that raises lots of questions about the value of advisers. Are you really worth more than three times the average wage?

I’m certain smooth-talking advisers can easily justify their fees, but would you be able to convince a hard-up 50-year-old worried about their retirement income?

Let’s be honest, many advisers wouldn’t even bother with such a client. The small fee income generated is not going to be worth your while, is it.

But we’ve reached a financial advice gap crisis in this country. Almost everyone needs it, but few can afford it.

The regulators are well aware of the problem. A year ago the final report of the Financial Advice Market Review called for “intervention by regulators and Government [to] help the industry to develop new and more cost-effective ways of delivering advice and guidance to consumers”.

If people become more financially-informed, they should be able to make better money decisions.

It mentioned a 2016 survey, from the Association of Professional Financial Advisers, which revealed that seven out of 10 advisers had turned away potential clients mainly because of affordability.

A year on and there’s been little progress. The advice gap may have even widened as advisers focus on clients that can afford high fees, judging by the pay survey.

Which begs the question, how accurate was the survey? I spoke to some advisers about pay rates and they scoffed at the results.

One suggested that the industry’s pay scale has polarized, with a few old-style advisers pocketing £200,000 or so, while the majority struggle by on around £30,000. If true, that’s a little shocking in itself.

But does it matter how much people are paid? Especially if their income is made by helping out a few folk with their finances?

I believe it does. If the majority of punters think that financial advisers are overpaid, that’s a problem. Especially as so many clearly can’t afford any sort of advice.

It will lead to fresh mistrust of advisers once again. And that’s no good for anyone.

The solution? Pro-bono work, or as I see it, loss-leading advice. No-one wants to work for free but if advisers could set more time aside to help those who can’t afford advice, there would be two main beneficiaries.

First, the financial advice industry would be seen to be trying to help everyone, not just the well-heeled elite. Second, if people become more financially informed, they should be able to make better money decisions.

That could help improve their financial state until, in due course, they become people who can afford to pay for advice.

In other words, investing in your future clients by offering some free advice could yield decent returns. 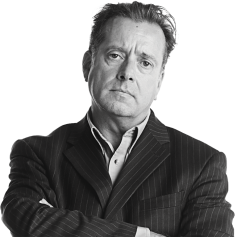