With two children, a full-time job and attempts to cling onto an adult social life I must admit I don't watch much 'Money' television these days.

In my 20s, I avidly watched all those BBC and Channel 4 shows that pushed property as the answer to all my financial prayers.

I sat open mouthed as I watched numerous idiots overspend on doing up a property and yet still make a profit just because demand massively outstrips supply when it comes to a roof over your head in Britain.

It was inspiring stuff and encouraged me to buy my own money pit.

Getting a mortgage to buy a home for my two children and I is a decision that when I think of the alternative – paying rent in retirement – I never regret for a moment.

You walk away from the programme feeling claims teams are asking questions in a bid to trip you up and find a way not to pay out on the policy.

Anyway, after a long break away from 'Money' shows, having just enjoyed half-term at home, I managed to catch up with the BBC's Claimed and Shamed programme.

The Claimed and Shamed show, which is labelled as a "documentary series that casts a covert eye over the growing problem of insurance fraud", left me feeling depressed about the impression of financial services today’s television leaves people with.

In today's world, when few jobs are for life and financial commitments take up a greater proportion of take home pay than ever before, protection is a great safety net – just look at life insurance, critical illness and income protection payout statistics.

Reading claims statistics these days, the only time the safety net fails is when the policyholder lied or failed to disclose the full weight of what the cover being paid for needs to catch.

However, in many cases, if the initial non-disclosure was accidental, many providers promise to payout an amount that would have been available if all the correct information had been handed over at the outset.

The BBC’s Claimed and Shamed programme is fascinating in showing how claims handlers probe policyholders across an array of general insurance and protection products when they put in their bids for cash.

Because of the nature of television, the programme focuses not on the millions of policies that payout and people at the worst point of their lives getting a cheque that means they don't have to worry about losing their home while they fight cancer.

Instead, this series is about the Agatha Christie-like moments where a claims handler suspects foul play and investigates.

You walk away from the programme feeling claims teams are asking questions in a bid to trip you up and find a way not to pay out on the policy.

The programme tries to push that this is wonderful work being done to stop scammers pushing up your insurance premiums but you can’t help but feel claims handlers are all wannabe Hercule Poirots. 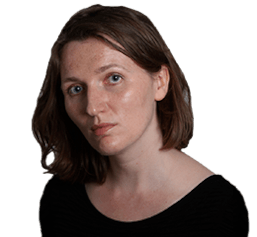