The story of how playboy financial adviser Neil Bartlett managed to defraud his friends and family out of £4.5m is one that shows the Financial Conduct Authority needs to seriously think about how it acts.

As our exclusive interview with Detective Sergeant Christopher Hawitt, of the economic interventions team at Merseyside Police, shows, the nation's thin blue line did a superb job unpicking Mr Bartlett's crimes and bringing him to justice.

It should be a source of shame for the regulator – and something that prompts it to rethink its practices – that while we have spoken to Det Sgt Hawitt nobody from the FCA has.

Det Sgt Hawitt said the FCA has not been in touch with his team regarding the case even though the regulator must be aware of it as Mr Bartlett’s victims – whose cash was blown on prostitutes, foreign travel and gambling – have approached the watchdog for guidance.

I think the regulator needs to take a leaf out of the Food Standards Agency's book.

Sometimes the regulator does get it right – at the end of 2017 the Financial Conduct Authority has said it is working with the City of London Police on an investigation around a Hertfordshire-based financial advice firm.

But clearly it needs to make sure that approach is the norm.

Last year Complaints Commissioner Antony Townsend upheld a complaint against the FCA and said it was a matter of "considerable concern" that the regulator had intelligence about the unnamed firm from several sources for more than six months without taking action.

According to the FCA's file, during this period so-called "project work" was prioritised and some staff were off sick.

I think the regulator needs to take a leaf out of the Food Standards Agency's (FSA) book, which is responsible for food safety and food hygiene across the UK.

This regulator boasts the system they have in place "is modern, risk-based, proportionate, robust and resilient." The FCA would be universally laughed at if it tried to make the same claim.

The food watchdog states on its website: "For the UK to continue to be a strong, credible player in the global food economy, the regulatory regime needs to keep pace with rapid change."

I couldn't agree more with this regulator's approach.

The thing the FSA has achieved – and which the FCA has not – is to have the confidence of the nation.

If you blow the whistle on a dodgy takeaway then you know the process – they will send an inspector round who has the power to probe practices, get to the bottom of things and shut a business if it is endangering the public.

The food regulator employs 1,059 people, across England, Wales and Northern Ireland, who work day in, day out to make sure you can trust the food on your plates.

The FCA's inspectors need to be catching the likes of Mr Bartlett if we are to trust that it is a regulator capable of making sure the advice you receive is the right financial path for you. 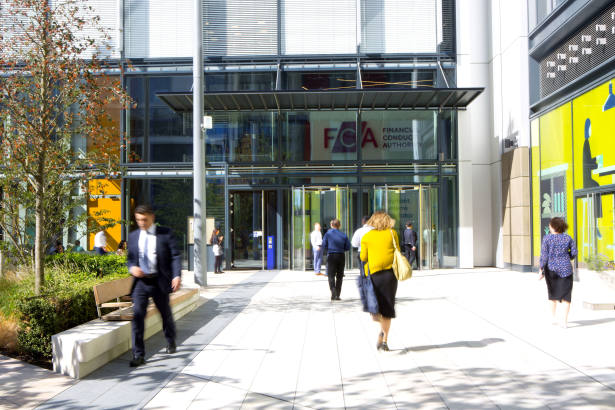