International Women’s Day often inspires a controversial debate over the progress being made when it comes to promoting gender diversity and equality in professional work environments.

This was certainty the case in 2020. And the financial services sector is certainly no exception to this discussion.

Of all the sectors, it has one of the worst reputations when it comes to promoting gender equality and diversity.

One only has to look at the way in which Hollywood depicts the working world of finance – the audience is presented with an aggressive, ego-driven industry where women are nothing more than supporting characters.

Of course, it is important to distinguish fact from fiction.

However, there are some unfortunate truths present when it comes to understanding the challenges women still face when working in what has traditionally been a male-dominated industry.

To understand the situation, it is important to look at the statistics released by the Financial Conduct Authority.

Currently, it is estimated that under a fifth (17 per cent) of FCA-approved individuals working in the UK are women.

Interestingly, the same study also shows that 23 per cent of those in senior leadership positions are female.

So how should we interpret these findings?

As an objective observer, one cannot help but be critical.

Women currently make up 51 per cent of the UK population, yet this proportion is seemingly at odds with the gender distribution in the financial services.

Is this because women are not interested in pursuing a career in finance, or do they feel deterred because they believe it will always be a male-dominated industry?

Based on my experiences, I believe it is a case of women feeling as though they do not have the same career progression avenues as their male counterparts.

In other words, there are simply not enough women in visible senior leadership positions to inspire women into entering financial services.

That is not to say things have not been improving.

The same FCA study found that the number of women in senior management positions at major financial institutions doubled from 9 per cent in 2005 to 18 per cent in 2019.

This is no reason for celebration; rather, it is a metric that will hopefully only increase in the coming years.

As more and more women are encouraged to pursue a career in the financial services, this should hopefully translate in more finding themselves in leadership positions.

Tiba Raja is an executive director at Market Financial Solutions 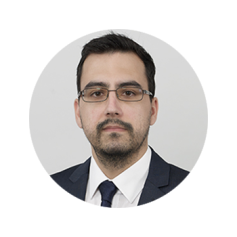