Budget day has come and gone, and with it the expectations and even fears of millions of people.

While many welcome the news about furlough extensions, a freeze on fuel duty and a longer stamp duty land tax relief period, others have been left fuming.

And those, largely, are the youngest in society: the first-jobbers and the lower earners.

They're not immediately affected by the lifetime allowance or a freeze on capital gains tax hikes: they are simply living hand-to-mouth, trying to get by and protect their own financial futures at the same time.

We know from the Office for National Statistics that younger people (18 to 25) have been disproportionately hit by the 700,000 reported additional job losses as a result of Covid-19.

Younger people are more likely to have been working in the retail, leisure and tourism industries most affected by lockdowns.

Younger people are the ones for whom the furlough extension came too late to protect them from a notice of redundancy handed to them in February from employers worried about paying a salary come March.

They are also on the lowest salaries relative to the rest of the working population. Last May, a study from the London School of Economics' Centre for Economic Performance cited the increasing disparity in social mobility, particularly among the youngest and those from a minority ethnic group.

The government needs to do more to boost savings incentives for young people, not put up additional barriers.

The 14-page report, Covid-19 and Social Mobility, said: "It is well known that Britain has experienced a significant increase in wage inequality over the last 40 years. It was substantively higher in 2019 than it was in 1980.

"There is a strong link between a country’s level of income inequality and intergenerational immobility. When the rungs of the income ladder are wider apart, the chances of climbing the ladder are lower.

"Real wage stagnation has particularly hit younger Britons, who are now earning less than their parents did at a similar age. The real wage squeeze for the young has restricted their ability to get on the housing ladder compared with previous generations."

This report isn't being sensationalist.

With house prices still out of reach for many and now on the rise again, and real wage growth barely keeping up with inflation; with landlords keen to shore up their own incomes post-pandemic; and with prices on everything from food and travel shifting upwards, young people are getting stiffed at every economic turn.

On top of meeting daily expenses and being locked out of the housing market, they're responsible for making sure they're paying enough into their own pension savings - and being in defined contribution schemes, they also bear the investment risk themselves.

And then along comes the Budget.

Instead of recognising that millions of young people do want to try to save - several studies last year suggested more 16-25 year olds were saving more each month than pre-pandemic - the government has put up barriers. 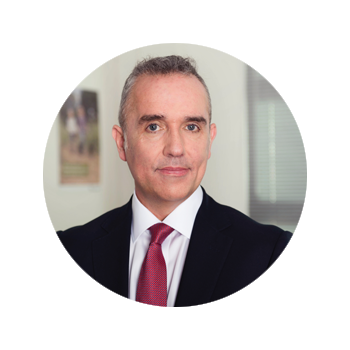 Pensions Budget Tax ISAs
A service from the Financial Times