The latest Intergovernmental Panel on Climate Change climate report has got many people thinking about the steps they can take towards more environmentally conscious lifestyles, whether that is switching to an electric car, cutting down on meat or making more sustainable financial choices.

Advisers can expect to have increasing numbers of conversations on this subject as global policymakers and regulators continue to align behind the goals of the Paris Agreement in the run up to November’s COP26 climate change conference in Glasgow.

I have also been thinking about sustainability following a recent holiday in Kefalonia – a beautiful island, a welcome change after the long months of the pandemic, and also an interesting renewable energy case study that reminded me that this topic is multi-faceted and far from simple.

As part of Greece’s plan to double its wind power capacity by 2030, enabling it to close all its coal-fired power stations by 2028, Kefalonia has embarked on a significant wind turbine building programme. As a result, it is now sourcing more of the electricity it needs through wind. Greek islands such as Tilos in the Aegean, as well Orkney closer to home, have been at the vanguard of energy self-sufficiency through renewables, showing the way for large territories. Surely a sustainability win?

Focusing on the 'S' in ESG

Well, yes and also no. Kefalonian islanders are protesting against the installation of further turbines, claiming that the mountain-top construction is responsible for the catastrophic flooding that has dogged the island.

To get the turbines to the tops of the mountains, it has been necessary to build roads, and the locals say the removal of vegetation, the accumulation of imported building materials in ditches and inadequate flood defences around the turbines have contributed to the conditions for flooding villages in the valleys below.

Islanders also claim they are bearing the burden of development but not reaping the rewards through job creation, as the work has largely been carried out by external teams. The S in ESG – social factors – has suffered as a result of the emphasis on the E.

This is not a critique of wind power. Renewable energy absolutely is the future, and we will not get to net-zero without it. It is simply a reminder that sustainability, even on a small island, is a multi-sided, long-term problem, and there is no magic bullet – for governments or companies, for advisers or for their clients.

Projects with long-term benefits have short-term costs, the best ideas have unintended consequences, and the vast global infrastructure investment needed to get us to net-zero will inevitably result in increased emissions and environmental challenges in the near term.

On my holiday, I read Mark Carney’s book Value(s): Building a Better World for All. We are all familiar with the idea of the tragedy of the commons – because much of our environment is not owned by anyone, usage is not managed and eventually it becomes eroded and degraded and everyone suffers. 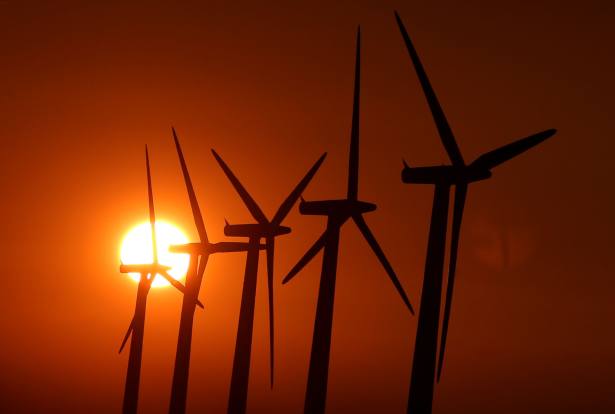