A couple of weeks ago, I was lucky enough to be at the Stade de France in Paris to watch France beat the New Zealand All Blacks at home for the first time in more than 20 years.

Since I began studying French, I have seized every opportunity to immerse myself in the language and culture – and the chance to do that and see what promised to be a great rugby match at the same time was irresistible.

Because New Zealand is in lockdown, the crowd was almost entirely French, give or take a few expat Kiwis, my wife and me. The atmosphere in the stadium was electric. Some 80,000 people sang three or four songs in unison, kept not one but two Mexican waves rolling around the stands, and held aloft tens of thousands of flags, accompanied by the rousing sounds of a brass band. The collective will and energy of the crowd seemed to be a huge factor in the national team’s convincing victory.

France seems to me to be particularly good at creating this sense of coherence – perhaps one reason why its productivity is joint highest among the G7 countries, along with that of the US. A country that until recently had a law against eating lunch at your desk, contributing to a stereotype of long, lazy, wine-fuelled midday meals, gets some 15 per cent to 20 per cent more out of its workers (depending which measure you look at), meaning by the end of Thursday they have achieved what UK workers achieve in a week. I wonder whether that sense of group ownership is a factor.

In contrast, I think we in the UK celebrate and emphasise individualism. This is not a bad thing. Individual creativity, entrepreneurship and talent are as vital to the success of an economy as an engaged and productive workforce.

But when it comes to financial advice, is it always necessary or even helpful to view everyone as an individual?

At the moment, as we know, we live in a binary world. The Financial Conduct Authority’s definition of ‘advice’ specifies first and foremost that "the recommendation [you receive] is personal to you", and that it is based on your own specific circumstances and objectives. Under this definition, advice can only be given by an authorised business, attracts the full force of regulation and requires the full KYC process.

On the flip side, there is only ‘guidance’: broad, general and anaemic information from providers who need to be so careful to avoid crossing over into advice that they often end up saying nothing at all.

Falling through the gap are investors with small portfolios, for whom the cost of full financial advice may seem prohibitive, and who may not make economic sense as clients for advice businesses, given the onboarding and customer maintenance costs.

However, change may be on the horizon. The FCA wants fewer people with £10,000 or more to hold their savings in cash. To achieve that, it recognises the importance of financial advice.

Govt needs to do more to help pensioners 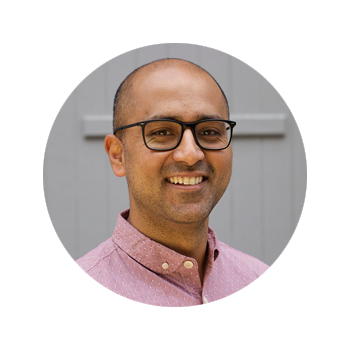 Opinion Regulation
A service from the Financial Times