Elon Musk, the world’s richest man and CEO of luxury-car manufacturer, Tesla, recently took to Twitter to ask his 63m followers if he should sell 10 per cent of his Tesla stock, following up with a second post where he promised to abide by the result of the poll.

Within hours, he had stirred up a Twitter storm. More than 3.5m people had voted, and the result was clear – he should sell.

But that was not the only consequence of the poll – it also caused the largest fall of Tesla’s stocks in eight months, with the share price plummeting 12 per cent.

This not an isolated incident, and certainly not the first time Musk’s tweets have caused more than just controversy. Less than two months ago he called Tesla’s latest valuation "strange" in a tweet and shares in the company jumped by 12 per cent, while in May he, somewhat bizarrely, branded Tesla’s stock price "too high", and stocks lost around 10 per cent of their value.

But perhaps most significant was his 2018 Tweet that he had “funding secured” to take Tesla private at $420 a share. The Tweet sent the share price up more than 13 per cent but was ruled "a violation of securities law" by the Securities and Exchange Commission and Musk was fined and had to step down as chairman.

The same tweet has also now led to legal action by JPMorgan. The company has accused Tesla of "flagrantly" breaching a 2014 contract. The agreement was that JPMorgan could buy Tesla shares at a set price and date, but that this price could be adjusted to protect both parties from the financial impact of any "significant corporate transaction involving Tesla". The Tweet announcing that funding had been secured to take the company private, JPMorgan argued, was exactly this.

Despite the clear repercussions of his actions on social media, it does not look like Musk is slowing down. Having said that, the recent appointment of David Misler – former trial attorney from the SEC – is an interesting development. But whether Misler is there to influence Musk to change or to help defend his position is yet to be seen.

Misler’s appointment aside, we must ask ourselves: is Musk’s social media activity simply too influential? Is this latest stunt taking things too far? Whether the Twitter poll was designed to manipulate the share price, or not, the fact is it did and it is a huge concern.

The financial services sector is heavily regulated and there are stringent rules in place to stop market manipulation. So, can we really allow a company chief executive to have the power to influence the share prices of his own company so significantly with a simple tweet? Surely we need regulators to intervene before too much damage is done. What we want to avoid is a marketplace where chief executives across the globe start playing out company strategy via social media.

Before the pandemic, social media was already the place for so called ‘influencers’ to share their thoughts and opinions with the world. It is easy and quick, and most importantly, has no filter, with former US president Donald Trump perhaps the most high-profile example of how Twitter can be used to rally the masses. 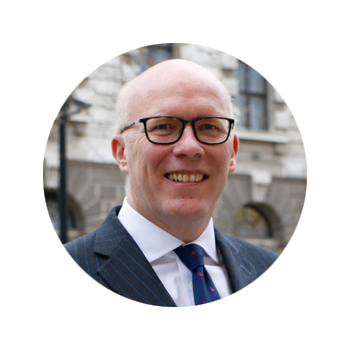 Regulation Technology
A service from the Financial Times