Annuity products are still an important product choice for people seeking income and security in retirement, Chris Knight has claimed.

The chief executive of Legal & General's retail retirement division said: "We passionately believe that what most people want and need is income that lasts forever, and that is what an annuity provides.

"This does have positives and provides a safety net below which you cannot fall. It is a really important backstop."

In a video interview with FTAdviser, he said the "inter-generational contract" of pension schemes was a positive message and needed to be communicated better to people so they could save more.

Since 2015 pension savings have been able to be passed on to any nominated individual to draw an income from, while remaining in a tax privileged pension wrapper.

Once a drawdown fund has been created for a nominated beneficiary, they can access the pot at any age, drawing as much or as little as they choose.

They can even nominate their own beneficiaries to inherit the pension pot on their death meaning a pension can now truly be passed down the generations.

Mr Knight said: "It is an important issue for ourselves and society. It can be complicated and so it is forgivable that some people might see the headlines and think 'well pensions might not be for me'.

"Trust is hard to build but easy to break and the best way for all of us is to keep doing the right thing.

"We need to get the positive message out there about how we invest their money in an economically and socially useful way."

He pointed out 78 per cent of people who bought an annuity with Legal & General 20 years ago were still enjoying strong income streams as a result.

We believe annuity products have a vital role to play in retirement.

Mr Knight said: "We have almost 100,000 people who have already had more back in income from their annuity than they spent in the first place to buy it."

This comes as L&G announced it was exploring new annuity-style products to bring to the UK market, especially in the defined contribution space.

Mr Knight said: "We believe annuity products have a vital role to play in retirement and that the security of a guaranteed income in later life should not be underestimated.

"There is a need for more innovation in the annuities market. The need for a simple and easier to understand product, solutions for maturing defined contribution customers and the potential for a guaranteed income annuity that addresses care costs are all areas that Legal & General is actively investigating."

Mr Knight added pension freedoms, which came into force in April 2015, was a "big step for the industry".

While the flexibility it has provided consumers has certainly been a good thing, he explained that annuity products still have a vital role to play in retirement. 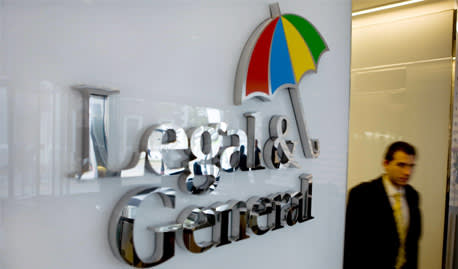