Financial security in later life might mean more to a female than to a male, given historic gender pay gaps and the lack of pension savings among women.

While the Office for National Statistics (ONS) delineates a rising trend in later-life nuptial celebrations, the ONS does not break down the reasons behind the trend to tie the knot.

However, last year, research from Investec Wealth & Investment among women aged 55 and above to remarry found there were specific reasons being given for this. These were largely financial:

The poll also found that the potential benefit to be gained by the doubling of the inheritance tax (IHT) threshold for married couples for the surviving spouse was cited by 23 per cent of respondents.

Helen Medhurst-Jackson, financial planning director at IWI, comments: "For a married woman belonging to the baby-boomer generation, it is often the case that the men in the family - father, spouse or partner - played a bigger role in managing the financial assets.

"Only 37 per cent of women over 50 said they were the major decision-maker when it came to finances.

"As a result, more women may seek to marry for financial security."

Keith Richards, chief executive of the Personal Finance Society, acknowledges the fact there is no official series of statistics to prove that more women seek to marry for financial security later in life, but believes this is a factor, given anecdotal evidence and other research into the financial imparity between men and women.

In fact, he says there is "extensive evidence" of the difference in financial wellbeing between the sexes that would suggest this might be a behavioural driver for some.

Mr Richards comments: "In 2016 the CII instigated a programme called Insuring Women’s Futures (IWF), aimed at promoting and enhancing the insurance and personal finance profession’s role in relation to women and risk.

Education of the next generation of women around the importance of independent savings, investments and pension provision is critical.

"Among other things, this identified the imbalance in lifetime earnings compared with men, and that women are less financially resilient through their life course, with relatively little savings cushion.

"This means they are more vulnerable to themselves, their partners or family members becoming ill and unable to earn."

The IWF research also found the continuing significance of the women's pension deficit, which he says is a function of the imbalance in lifetime earnings, and the caring role of many women, exacerbated for divorced and separated women who have much lower financial provision than their male counterparts.

At age 65 to 69, the gap widens to five times the average woman’s peak pension wealth, according to the ONS Wealth and Assets Survey.

According to the ONS, across all types of pension, men are more likely to have pension assets - except defined benefit (DB) schemes, where a higher proportion of women are on DB schemes (see chart below). 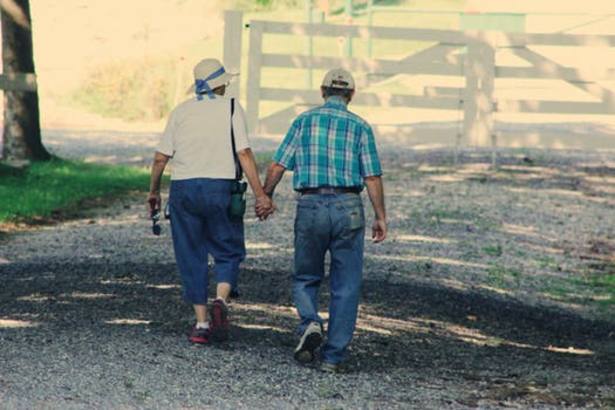