Assets under management on Aviva's platform have grown by almost a fifth, despite advisers complaining about ongoing issues in June.

This was despite advisers reporting ongoing issues with the pension provider's platform following its botched replatforming work last year.

In January 2018, Aviva changed the technology provider for its platform which led to clients being beset by a range of problems for months before things eventually started to calm down.

In June 2019, advisers were still facing issues with new problems cropping up regularly.

This included clients receiving twice their pension tax-free cash, income payments not being made, and clients being locked out their accounts because their login had expired.

However, Aviva said that the platform is now running as expected.

Angela Darlington, interim chief executive officer of UK Life at Aviva, told FTAdviser: “Our platform is in a phase of recovery at the moment. We had our problems with this platform last year but we have largely remediated that and the platform is now running as we expect.

“We are starting to see the volume of users pick up so we are in a good position to move into the second half of the year.”

Meanwhile, Aviva’s long-term savings business, which includes the pensions platform, has seen its operating profits fall by 11 per cent year-on-year from £106m in June 2018 to £94m this year.

This was due to a lack of new business as well as a slight drop in defined benefit transfers, it said.

According to the results, Aviva saw a cut of £52m in new long term savings business, which was offset against £146m operating profits from existing business.

Net inflows in the savings business were £2.4bn, slightly down from £2.5bn at half year 2018, with assets under management increasing to £129bn from £116bn in the year before.

This was predominantly due to growth in workplace pension net flows, which Aviva stated was driven by new pension scheme wins from large businesses as well as a better retention rate for existing business.

Ms Darlington said: “Our long term savings are down from last year which is due to a combination of market volatility and general issues in the market, which includes a downward trend in DB transfers.”

Overall, operating profit at the insurer was steady at £1.4bn, up 1 per cent on the year before.

Operating profits in the general insurance and health business increased 29 per cent from £302m at half year 2018 to £391m this year.

This also included a reshape of the business so the general insurance (GI) business is managed separately from the rest of the group, reversing a 2017 decision to run the two businesses together. 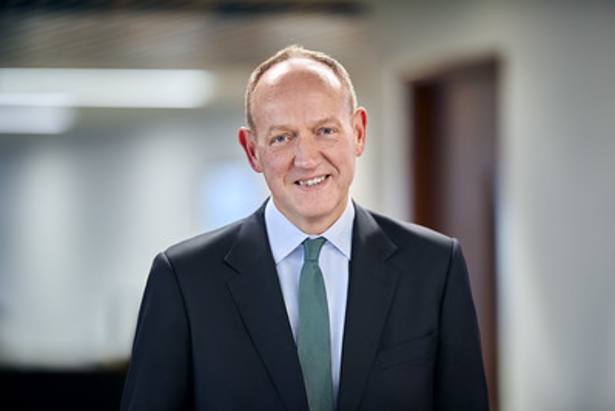