Annuity rates have fallen to record lows following a decline in gilt yields.

Figures from Moneyfacts.co.uk, published yesterday (September 10), revealed that income from an average annual standard level without guarantee annuity hit £410 on September 10, 2019, a decline of 10.2 per cent from January 1, 2019.

This was based on income received by a 65-year old with a £10,000 pension pot buying a single life annuity.

The drop means the average annuity income is now 1.2 per cent lower than its previous all-time low recorded in September 2016, following the impact of the EU referendum result.

Richard Eagling, head of pensions at Moneyfacts.co.uk, said: “The security that annuities offer makes them an integral part of the retirement income landscape.

“However, the pricing trends at the time of annuitisation are critical to retirement income outcomes.

"Annuity rate risk, whereby individuals face the danger of locking into a low income at the time they retire, has always been a key retirement risk, but it has increasingly come to the fore again in recent months."

He added: “Given the prevailing political and economic uncertainty, there are obvious merits in a retirement product that can guarantee a regular income for life – the question is whether current rates are still a price worth paying for the unique qualities that an annuity brings.”

William Burrows, retirement director at Better Retirement, said the drop in annuity rates was to be expected due to the steep decline in gilt yields.

Mr Burrows said: “We shouldn’t be surprised that annuity rates are lower than after the 2016 referendum because the benchmark gilt yield is much lower.

"The yield on 15-year gilts (as quoted in the Financial Times) fell to about 1 per cent in 2016 but same yield was 0.074 per cent at the beginning of September.

“Annuities are priced in relation to the yield on fixed interest investments and although annuity companies invest mainly in corporate bonds the yield on gilts is a good benchmark.”

But advising in this space comes with difficulties as rates often take a while to improve, said Mr Burrows.

He added: “Anybody thinking about arranging an annuity should consider waiting until rates improve so they can get more income for their money.

“Unfortunately, it may not be as simple as this if someone is retiring now and they want to convert their pension pot into a guaranteed income for life. First of all, rates may remain low for a long time and secondly there is an opportunity cost when deferring an annuity.” 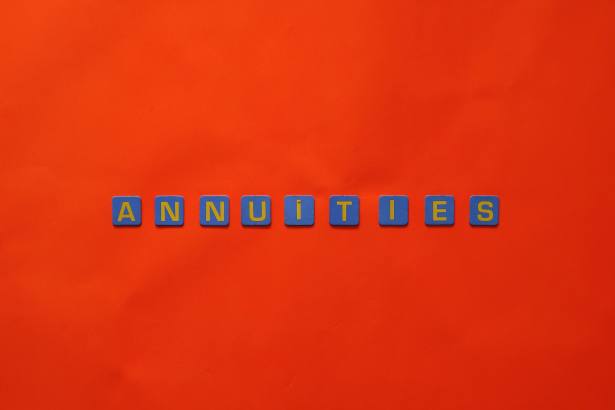 Pensions Gilts Annuity
A service from the Financial Times