Inflation fell to a four-year low of 0.5 per cent in May, driven by falling fuel costs and cuts to clothing prices as coronavirus and lockdown stalled demand.

According to the Office for National Statistics fuel prices declined by 16.7 per cent during May, dragging the consumer prices index (CPI) to the lowest level since June 2016 and down further from 0.8 per cent in April.

It remains significantly below the Bank of England's 2 per cent target for inflation.

Inflation is one of the main factors that the BoE's Monetary Policy Committee considers when setting the interest rate.

The BoE is unlikely to raise interest rates at times of low inflation as it aims to grow the economy and get consumers to spend more.

Today’s drop in inflation did not come as a surprise however, as demand for services declined due to the majority of the country being in lockdown.

Laura Suter, personal finance analyst at AJ Bell, said: “Consumption practically ground to a halt in May, with large swathes of the country shut down due to the Covid-19 lockdown.

“Another drop in inflation was an inevitable consequence and the fall to 0.5 per cent takes CPI inflation to its lowest level for four years and is a stark contrast to the 2 per cent inflation we were seeing this time last year.”

Andrea Olivari, co-founder at digital lender Selina Finance, said: “The figures are unsurprising given the devastating effect the pandemic has had on the economy, but further lockdown relaxations and economic stimulus could start reversing this trend.

“There is hope that consumer demand could slowly return, especially as a result of this week's reopening of the retail sector; however, the extent of this will likely be undermined by the restrictions still in place, as social distancing makes it very difficult for many businesses to operate effectively.”

Increases in state pension payments are also affected by inflation rates under the government’s triple lock policy, under which the state pension is increased by the highest of earnings growth, price inflation or 2.5 per cent a year.

The future of this policy is uncertain with reports in the Financial Times today that chancellor Rishi Sunak is preparing to break the Conservative party's manifesto pledge and scrap the triple lock to pay off Covid-19 debts, despite earlier insistence by government ministers that this would not be the case.

The problem is that as inflation is so low the state pension is likely to be increased by a minimum of 2.5 per cent or earnings growth.

As a result of the furlough scheme there could be a sharp decline in average earnings this year followed by a quick and full recovery the next causing a double figure increase in 2022, according to Steven Cameron, pensions director at Aegon.

Mr Cameron said: “The state pension formula which sets increases at the highest of price inflation, average earnings growth or 2.5 per cent a year, was set in a very different pre Covid-19 age when price and earnings growth tended to be relatively stable year on year. 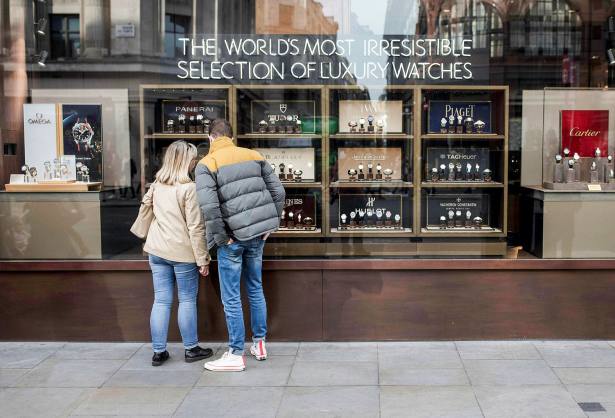 Pensions Economy Coronavirus
A service from the Financial Times