If the employees of a big company get made redundant they quite reasonably receive a payment.

But if the business of a small business owner fails they get nothing except being stung for debts, for which the bank has compelled them to give personal guarantees.

There are several reasons why small business owners incorporate.

• Income can be very variable, hence dividends rather than salaries take account of good and bad years.

• Many of those who contract out to small businesses require incorporation and indeed require presentation of recent accounts to reassure themselves about ability to carry out a contract.

• Pension contributions must either be made from salary, which may be made salary with limits, or from the company’s profits. If there is none of either no contributions can be made.

Contributions cannot be made from dividend income, by the way.

Small businesses are the bedrock of an economy. They deserve not to be treated as cash cows.

On the adviser’s side

Another great article (‘Do MPs still think advice is like a burger bar?’, Aug 27). It’s really refreshing to have someone in the financials on our side for a change.

I wasn’t going to write to my MP as I have heard so many stories from advisers saying that they are being ignored.

Hopefully the message is gathering some traction because something has to change with Financial Conduct Authority levies & professional indemnity costs or we, as a small company, will not survive.

In memory of Jack McVitie

I began my IFA career under Jack’s guidance, back in our days with Bain Clarkson – where he was managing director, Scotland – and Hogg Robinson. I learnt so much from Jack and it is true to say he is one of the reasons that I set up and started Murray Paterson.

I met him in my first IFA job; I learned a lot from him and he really was a lovely man to be around.

I can still see Jack and the rest of the team bedecking my desk out in Black and Yellow streamers after AEK Athens had knocked Rangers out of the Champions League in the 1990s. He was always up for a laugh, but also had a very serious business head.

Sad, sad loss to the industry.

Client comms is important ahead of contingent charging ban

Adapting to the new normal

Do not take suspension of wrongful trading rules lightly 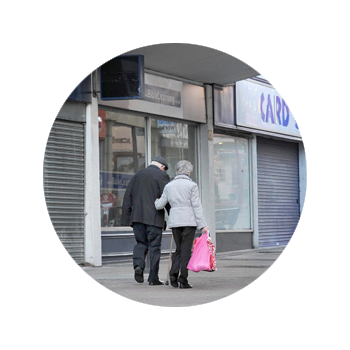