This article is the second in a series of articles, written in conjunction with the Financial Times' Next Act hub. It takes a look at some of the financial issues affecting people in their 50s and is sponsored by Canada Life.

When John Salton wanted to transfer out of his final salary defined benefit (DB) pension worth £600,000 to retire early, travel more and take on new hobbies, he thought he would make a good candidate.

Salton, 55, has three pension pots and owns two properties with his wife, who also has her own pension.

But his adviser recommended that he remain in his DB pension.

“I’m pretty disappointed,” Salton said. “My pension money is out of my control and someone else has a say over what I can do about it.”

His case is a predicament facing many on the cusp of retirement. Five years ago, though, he may have received a different decision.

As the Financial Conduct Authority (FCA) has brought in measure after measure — such as the ban on contingent charges where the adviser was only paid if the transfer occurred — to clean up a history of poor advice in the pensions transfer market and protect consumers, it has become tougher for advisers to operate in this space.

Colin Tanner, a financial adviser at Tanner Financial Advice, said he had seen his PII premium jump by 363 per cent and regulatory costs increase by 306 per cent in three years, despite not even advising on pension transfers.

Transferring out of a DB pension means giving up a guaranteed income for life for a lump sum that matches the pension being given up.

Recent FCA data show about 1,000 firms have left the DB market over the past two years. Firms not having adequate PII for this form of advice has been cited as a key reason.

Over the past four years, the FCA has also changed its stance towards DB pension transfers.

Initially proposing in 2017 to be more neutral — removing the guidance that an adviser start from the assumption that a transfer would be unsuitable — the regulator in 2018 backtracked, saying it would maintain its “unsuitable” stance.

The FCA found significant evidence of unsuitable advice, including in relation to the British Steel Pension Scheme.

Everyone agrees the quality of DB transfer advice needed to improve.

Dominic James Murray, financial adviser at Cameron James, said: “[FCA scrutiny] has raised the bar for the quality of advice. Sometimes people need protection from themselves because they do not realise the benefits they are giving away.”

Kate Shaw, chartered financial planner at Financial Life Planning, added: “There is great need for advice in this area and it has become more difficult to do the business, but that can only be a good thing. It needs to be difficult, because nine times out of 10 it is not the right thing for clients to do.” 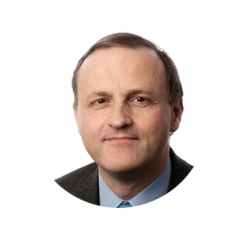 Pensions Defined Benefit Next Act
A service from the Financial Times