As the Chancellor prepares to give his Budget next week, amidst the ongoing pandemic, advisers have warned now is not the time for big overhauls but instead for tweaks to annual allowances and solutions for long-running pensions issues.

Advisers have said Chancellor Rishi Sunak should hold off on making any radical changes to pensions and should instead look at ways to pay back the increasing bill for the government’s Covid support measures, while giving the economy more time to recover.

However, advisers do want to see the scrapping and tweaking of certain allowances to stop penalising certain people for saving into a pension.

They have also called on the chancellor to once and for all fix the ongoing net pay anomaly to help those on low incomes.

Rebecca Aldridge, managing director of Balance Wealth Planning, has called for the lifetime allowance to be removed altogether.

The lifetime allowance is a limit on the value of payouts from your pension schemes – whether lump sums or retirement income – that can be made without triggering an extra tax charge.

Victor Sacks, director of advice firm VS Associates, believes this tax rule is unfairly penalising individuals and also thinks the government should remove it.

He said: “I just can't see why it’s there, other than to further punish those who in my opinion already pay more tax in one year than most of us will pay in 10.”

But Fiona Tait, technical director at Intelligent Pensions, said the government could look to reduce the lifetime allowance, as well as the annual allowance as a way to pay off some of the Covid debts.

But she admitted this in itself would not be enough to offset these debts and the government “may want to wait and go for a more comprehensive solution”.

Another way Sunak could boost tax receipts is to reform pensions tax relief.

Suggestions about moving to a flat rate of relief has been swirling around the rumour mill for some time, although no chancellor has been brave enough to make any changes thus far.

Tim Morris, independent financial adviser at Russell & Co, said: “A large saving to the £40bn annual tax relief bill would certainly chip away at some of the mind boggling debt levels the Covid-19 pandemic stimulus has created.

“Whilst a flat rate of tax relief has been talked about for years, it appears difficult to implement.

“I only hope they don’t just scrap higher rate relief altogether. That would kill the attraction of pensions for most.”

Steven Cameron, pensions director at Aegon, agreed moving to a flat rate of relief would be complex to implement, particularly for defined benefit schemes.

Cameron said: “There are also issues around salary sacrifice – measures would need to be put in place to avoid higher rate taxpayers effectively retaining higher rate relief by reclassifying their employee contributions as employer contributions. 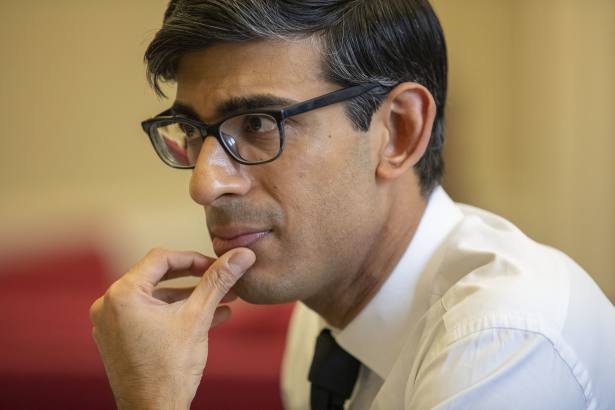 Rishi Sunak will need to tread carefully in the Budget

Budget Pensions Tax
A service from the Financial Times