Industry commentators have criticised the government for further delaying social care reform and not providing any details on how it will be delivered or funded, despite promises the issue will be tackled later this year.

As part of the Queen’s Speech, delivered today (May 11), the government said it is committed to improving the adult social care system and would “bring forward proposals in 2021”.

It added that the Health and Care Bill, also included in the Queen’s Speech, would “include provisions to improve the oversight of how social care is commissioned and delivered”.

The government stated: “The Adult Social Care sector has never been under as much pressure as in the last year. Throughout the pandemic we have been working to ensure all recipients of care receive the support they need. We know there is more work to do so that everyone receives high-quality, joined-up care.”

But the industry is disappointed yet again that a clear timetable and more concrete details on what the reform could look like have not been given.

Mike Padgham, chairman of the Independent Care Group, said: “If the government is so committed to reforming social care, as the Prime Minister and other ministers keep telling us they are then we need to see it happen.

“We need some accountability and the government to be held to account if it fails to deliver.

He added: “We have had too many promises and pledges, we now need to see action.

“We need the government to set out what it plans to do and set strict deadlines as to when it is going to do it, so that it is accountable to the hundreds of thousands of people who are being failed by this government today and every day.”

Others have said the lack of detail came as no surprise given that there have been so many “false starts” with social care reform.

Peter Hamilton, head of market engagement at Zurich, said: “Commitment is needed to introduce measures that will ensure clarity for people around the level of support they can expect to receive from the state, as well as what they will be expected to contribute themselves. And of course with that comes the need for serious additional funding.

“Without this, we will continue to see inconsistency and unfairness as people grapple with a complex system, unable to make any sort of financial provision or plan for their own futures or those of loved ones.” 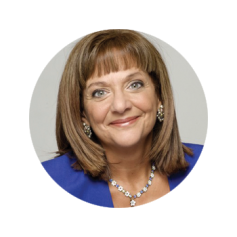