An adviser has been chasing Prudential for correct compensation payments for himself and a client after the life and pensions giant took the wrong premiums for three members of a group personal pension.

Julian Pruggmayer, principal of Financial Risk Management, noticed in January this year that Prudential had been collecting the wrong monthly premiums for three members of an occupational GPP.

He raised the issue in January, but said he had faced problem after problem trying to raise the issue with the Prudential.

Pruggmayer said: "Despite many telephone calls from both this office and the client, it was not until August that Prudential were able to get it right (almost) and start collecting the correct amount of money.

"The client still believes the Prudential has more than £1,300 excess collection of payments."

We apologise for the administrative errors that led to an unacceptable delay.

In correspondence sent between Pruggmayer and Prudential, promises of compensation and rectification were made to both the clients and to the adviser.

The adviser was invited by Prudential to submit an invoice for compensation, itemising time spent, which he did.

The correspondence to Prudential read: "On September 1 I received an e-mail from [name redacted] in your compliance team agreeing to the compensation of £1,916.66.

"His e-mail stated it would arrive within 10 working days. As you already know, it did not do so. I raised the alarm and on Thursday 16, [name redacted] sent an e-mail of apology saying that the payment had been re-issued that day. Despite asking he declined to say how long it would be until funds arrived at my bank."

However, by September 18, Pruggmayer received in the post two letters in relation to two of the three scheme members, dated September 16, asking the adviser to "resubmit a detailed breakdown of the tasks I am claiming for".

He said: "I am staggered to be told twice that payment is on its way, then to be told by implication it's not."

Not only has the adviser not yet received compensation for the time spent in providing the correct calculations and a full breakdown of the issue, but also one of the three members affected has not received her full compensation.

The client, who requested anonymity, was sent a letter offering £300 each for distress and inconvenience to herself and to her two colleagues, all of whom are active members of the company's GPP.

£300 was sent to two of the colleagues, but she was only given £100. Prudential was approached for comment and while they did not wish to comment on the client's circumstances, it is understood the £100 related to a previous complaint, and she will be in receipt of her £300.

However, Pruggmayer said he had been frustrated by how long it took the life and pensions company to put the matter right and to compensate himself and the clients.

He told FTAdviser: "How come, when you have wrong premiums being collected, it can take eight months of getting it wrong, every single month, before getting it right? 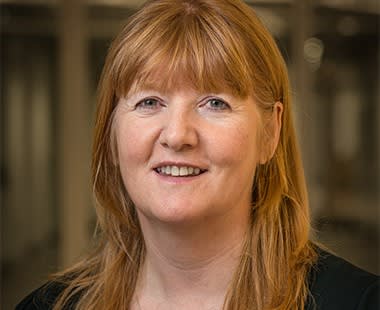 'I don't understand people retiring before their late 60s'

Prudential Pensions
A service from the Financial Times