Paul Domjan, global head of research, analytics and data for specialist investment house Exotix Capital, comments: "A smart contract may specify that when the transfer or a property deed is recorded in the blockchain, the payment for the property is automatically completed in digital currency.

"But if the deed is not transferred within a specific period, any deposit on the property, also made in the digital currency, is refunded.

"The same principle can be used for transactions ranging from financial derivatives to international trade."

Banks, especially as there is a move towards open banking, are engaged in launching blockchain-based ways to transact with each other, such as JPMorgan Chase, whose chief executive Jamie Dimon famously called Bitcoin a "fraud" in 2017, at the same time his company was launching a blockchain-based system.

He retracted his comments in January this year, according to an article in sister paper the Financial Times.

But Greg Carter, co-founder and chief executive of online platform Growth Street, is more sceptical: “Undoubtedly, blockchain technology is a valuable innovation, which could change the way money is moved around the world - among myriad other possibilities.

"However, I don’t believe that cryptocurrencies, or indeed blockchain technology more generally, serve much substantive purpose at all for industries like commercial finance."

In fact, he adds: "The blockchain could potentially undermine several central tenets of a field like commercial lending. At its core, a distributed ledger prioritises encryption and anonymity.

"A basic principle for lenders and borrowers alike in a commercial agreement should be that the parties on either side of a transaction know and trust each other."

For consumers who are tired of having to go through layers of bureaucracy or countless middlemen to get to their investments, Mr Futter comments that using smart contracts on chains such as Ethereum means greater automation and fewer administrators.

He explains: "Financial services processes can be automated and executed and reduce or eliminate the need for middlemen."

It's not just the technology but also the interest, attention and credibility that has come into the space today.

Because of this, blockchain can also help to encourage competition and remove the competitive advantage that some traditional companies have simply because of their size or longevity in the market.

Clem Chambers, chief executive of ADVFN, is grateful for the "disintermediation" which is enabled by the policies underpinning the database technology of blockchain.

"Its decentralisation breaks the business moats of many decentralised businesses that rely on gate-keeping and rent-seeking for their businesses," he explains.

By this he means blockchain could break through a firm's ability to maintain competitive advantages over its competitors in order to protect its long-term profits and market share from competing firms. 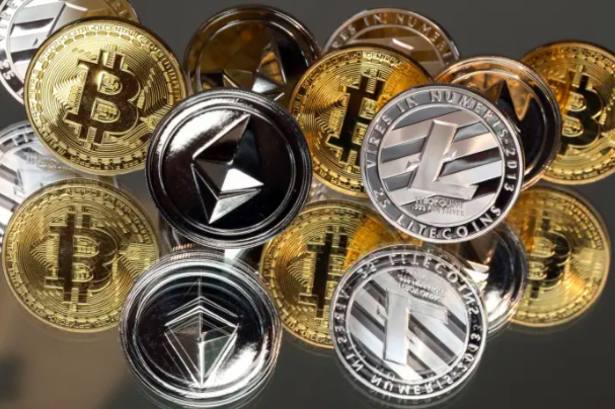 Let's not be blind to bitcoin's impact

Investments Mortgages Cryptocurrency Bitcoin
A service from the Financial Times