M&G is gearing up to switch Ascentric from Royal London’s servers to its own before the end of this month, with plans to bring in advisers over the weekend to test the service before pushing the changes to live.

Despite no data needing to be moved during the server migration, due to the fact Royal London and M&G both use the same technology - Bravura - the platform’s new owner said it remained wary of the lessons learnt from Ascentric’s 2019 replatforming, which had seen some clients experience problems with receiving income payments after they were migrated to the new platform.

Fund house M&G bought Ascentric in May 2020. Originally, it had planned to re-launch the platform under its own brand this year but the firm has now delayed launch until next year.

“We haven't gone out yet to confirm the actual date with which [the M&G-branded platform] will be live, but it will be next year,” Justin Blower, sales director at M&G, told FTAdviser.

“The big focus for this quarter is the migration from the Royal London servers to the M&G servers.”

Currently, Ascentric is running off a transition service agreement and Blower and his team intend for the server switch to be “invisible” for advisers when it happens.

“When we do the server migration later this month, we’re actually going to get some advisers in working with us over the weekend,” he explained,

“They’ll look at how some of those key processes are working. Does it work the way they expect it to work? If it doesn’t, we have an opportunity to reverse it.”

Blower, who transitioned to M&G last year along with Ascentric, said the platform was in a “much more level-headed place” than its competitors, and than itself three years earlier, when it moved from its proprietary technology to Bravura.

Asked what the Ascentric team learnt from the migration, Blower said: “The big one for me was around engaging users early in the process.”

He continued: “When we were developing the platform, looking at what the functionality would be and how it should work, if we were changing the scope [of the platform] we probably didn't engage advisers as much as we should have done.

“Because there were some surprises after we changed technology providers. So, bringing them [advisers] on the journey was a really big learning.

“Whilst we did lots of communication around it, bringing advisers into the camp would have been a much better outcome for us.”

Blower credits the work M&G does with advisers now, at least in part, to this lesson Ascentric learnt back in 2019.

The fund house has what it calls a ‘user board’, where it periodically meets advisers to share its roadmap and retrieve feedback on the functionality - including what works well, and what doesn’t.

“Advisers want to be listened to,” said Blower. “It's about understanding how their business operates, understanding what their clients want. Our job is about making advisers look good in front of their clients. That’s the key mantra I use quite often.” 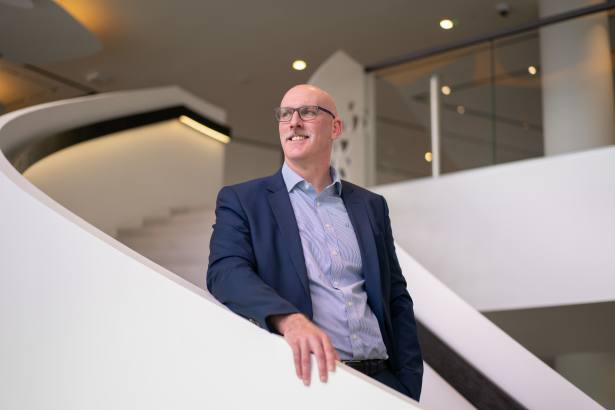 M&G Technology
A service from the Financial Times