Wealthsimple’s exit from the UK has been described as one of a number of casualties to come in a "furiously competitive" and "saturated" market.

The Canadian robo-adviser, which holds $15bn (£8.8bn) in assets and serves more than 2m customers across Canada and the US, today (December 6) announced its plan to sell the UK client book it has been growing since 2017 to Moneyfarm, one of its UK rivals.

This will see 16,000 customers transfer from Wealthsimple to Moneyfarm, along with £272m in assets, before the end of next month.

The deal follows the company’s decision to focus on the Canadian market “for the time being”. It does not include any of Wealthsimple’s technology, operations or people, according to a statement published by the firm.

The robo-adviser told FTAdviser: “10 UK-based employees will be staying on for the migration of client accounts to Moneyfarm and then leaving the company.”

Wealthsimple’s UK proposition included an investment platform with fees from 0.7 to 0.9 per cent of the portfolio, covering Isas, Jisas, and pensions. Alongside it, the company employed a team of financial advisers who could provide advice no matter how big a customer’s funds were.

Rob Peters, director at Altrincham-based Simple Fast Mortgage, said unless a robo-advice provider has got its “full focus” on the UK, “it's going to be hard to cut it”.

He continued: "The robo-advice market is currently saturated in the UK and competition for would-be investors' business is fierce, so it's no surprise to see Wealthsimple exiting the UK market.

“I would expect Wealthsimple to be followed by others in the coming weeks and months, as the pecking order is more firmly established.”

Peters warned investors to do their research before committing funds, and to only invest with UK-backed providers with a strong UK footprint “to avoid getting caught in the inevitable fall-out”.

Simon Jones, head of financial comparison website InvestingReviews, agreed Wealthsimple will likely not be the last to exit the industry over the next year.

"The UK investment and money app market is at 'saturation point’,” said Jones. “We are predicting a number of casualties in 2022 in what is a massively overserved market. At best we are likely to see some M&A as apps join forces to acquire, or even maintain, market share.”

Jones believes “cutting through the noise in such a furiously competitive space” is far from a doddle, referencing latest direct-to-consumer entrant AJ Bell’s yet-to-launch platform ‘Dodl’.

"UK investment apps could be a Mastermind topic, such is their number and complexity,” Jones concluded.

As with a number of digital D2C services that have gone before it, not having a known brand, an existing customer base or very deep marketing pockets "is extremely tough", according to Simon Bussy, consulting director at Altus. 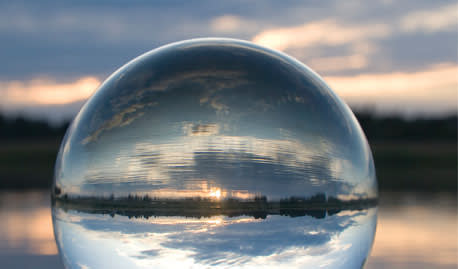 Investments UK Technology
A service from the Financial Times