AJ Bell recorded net inflows for its advised business Investcentre of £900mn in the first three months of this year, the same as it took in this time last year.

Advised assets under administration (AUA) dipped over the period by £1bn, from £47.5bn in the last quarter to £46.5bn at the end of March 2022, which Andy Bell, the platform’s boss, put down to an “adverse market” in quarterly results published today (April 21).

Overall, including AJ Bell’s direct-to-consumer platform Youinvest, its AUA shrank to £74.1bn, down 2 per cent on the previous quarter total of £75.6bn.

Bell said market movements caused an overall shift of 4 per cent in assets, which was partially offset by the platforms’ inflows. Over the year, the company’s total AUA is up 14 per cent.

Investcentre added 5,591 new advised clients to its books between January and March this year, 610 less clients than the platform added in the same period last year.

Across both platforms, the company brought in 20,109 customers.

“In the last year we have grown platform customer numbers by 21 per cent and platform AUA by 15 per cent, demonstrating the strength of our business model across different market conditions.”

Bell put this down to many retail investors assessing the impact of the rising cost of living. But he added: “Net inflows to our advised platform remained on par with last year, which was a strong comparative. Net platform inflows of £1.6bn is an encouraging result given the uncertain market backdrop.”

This time last year, total net inflows for both platforms came to £1.8bn.

The company is hoping to attain a 10 per cent market share of the app-based investment space over the next three years, equivalent to some 1.72mn customers by 2025.

In its quarterly results today, the company also cited the upcoming launch of Touch, set to be a more “simplified” platform to serve the advised market.

AJ Bell said the platform was “currently being developed”, hinting at no firm date for launch.

“These developments will broaden our reach in both the advised and direct-to-consumer segments, keeping us at the forefront of the platform market and positioning us well to continue gaining market share,” said Bell. 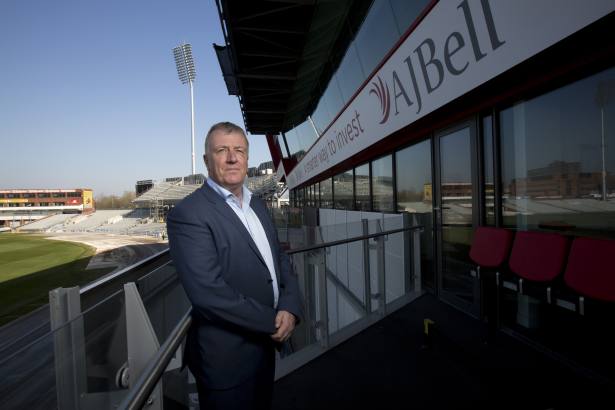