The self-employed: Take-up of protection is lower than average among those who are self-employed. Sam Barrett looks at how advisers can reach this market.

Changing economic times have resulted in an increase in the number of people setting up their own businesses, with government figures showing a rise from 3.80 million self-employed people in 2008 to 4.79 million in 2016. But while these individuals are prepared to run their own firms, they are less likely than their employed peers to take out protection.

This may seem a small gap, but Johnny Timpson, protection specialist at Scottish Widows, says the dynamics of the self-employed market mean the disparity is concerning.

“Nearly two-thirds (62 per cent) of self-employed people’s families are reliant on one wage earner’s income compared with just over half (52 per cent) of the average population,” Mr Timpson explains.

“But although many would struggle financially, more than four million self-employed people do not have protection in place if they were unable to work due to illness.”

For example, when Scottish Widows asked about the consequences of losing their main income, 21 per cent of self-employed people said they would not be financially secure, and 12 per cent said they did not know how long they would be able to pay the household bills. One in 10 even said they would not make it to the end of the month.

As few of us relish being on this financial precipice, this low take-up has to be down to a lack of awareness. Without an employer to point out these products, protection is unlikely to feature on a self-employed person’s list of priorities.

“People think it would not happen to them and, if it did, the state would look after them,” says Chris McNab, head of protection proposition at LV=. “And even when a self-employed person is aware of protection, there is a perception that it is expensive.”

This perception is understandable. A self-employed person looking to replicate the protection benefits a former employer provided would find them much more expensive, especially if they plumped for the comprehensive versions.

As well as a lack of engagement, the characteristics of this group can also present protection problems. Although high financial underwriting limits on life insurance and critical illness insurance mean there are few issues around taking out sufficient cover, self-employed people can face complications when it comes to income protection.

Jennifer Gilchrist, senior product development manager at Royal London, explains: “It is easier to take out cover now as a lot of the upfront financial verification has been dropped 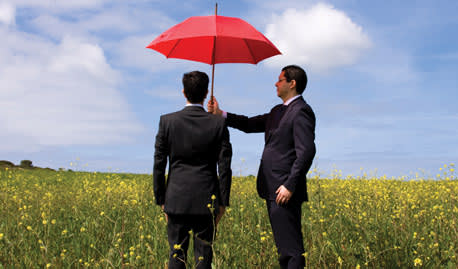