Owl Financial has added 165 advisers to its ranks in the first six months of 2021, the majority of which were women.

The specialist protection advice business, which has been a part of The Openwork Partnership network for the past six years, said recruiting female advisers had become a “major focus” for the firm.

The firm said “many” had joined from non-financial services backgrounds, attracted by “the opportunities for career progression” and the ability “to work flexibly” as an adviser.

Liam Richards, Owl’s newly appointed director, said the benefits of recruiting more women are already being reflected and “underlined” in its customer ratings.

He cited VouchedFor, an independent ratings agency for advisers which has given the firm a client score of 4.9 out of 5.

“We are particularly pleased that more women are recognising the opportunities available in financial services and are delighted that our advisers reflect the clients they are supporting,” said Richards, who succeeded Pat McKenna back in March.

Between January and June, Owl claims to have reached 25,000 households with its advice, which - like many of its peers - moved online during the Covid-19 pandemic.

It said virtual services would continue to be available to clients as lockdown restrictions continue to ease.

Other financial advice networks have set up conferences specially for female advisers. Mortgage network Primis, for example, hosts its ‘Leading Ladies’ event every winter with more than 100 female advisers.

Olivia Fahy, head of culture at compliance consultancy TCC, has highlighted some of the data to come out of the pandemic regarding women’s working habits.

She cited McKinsey statistics, which show a “startling” number of women felt the realities of the crisis had forced them to put their career ambitions “on hold entirely”.

They also showed 23 per cent of women were considering leaving the workforce during lockdown to take on childcare and home-schooling duties, versus just 13 per cent of men.

So whilst hybrid working might seem to have made it easier for women to work in certain jobs, it has also come with significant drawbacks - making recruitment drives like Owl’s all the more important. HNWs 'anxious' about their wealth Q&A: Modwenna Rees-Mogg on the rise of the female investor

We need to change the view of financial services

Education is key to boosting our profession 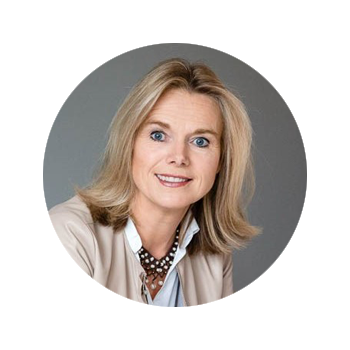 Openwork Specialist Network
A service from the Financial Times