A week or so back, our doorbell rang at 1.30am at night. It took a while for the sound to permeate through, but it was insistent, and so I woke and went to the door.

There was a lady, as it transpired in her eighties, evidently confused. She told us her name, we called the police, and it turned out she had been reported missing since the afternoon.

We assumed she had perhaps walked from a local residential home – in fact she had travelled from Wood Green in North London to our home in Herne Hill in South London. By car it’s an hour. She had somehow found her way on public transport, but was unable to say how – there’s no direct link.

Her three children came from Wood Green to collect her – in the time it took them to drive, we were able to learn something about her early life, her nurse training and her children, but nothing about the 10 or so hours she’d been missing.

We’ll never know what led her to our door – we’re some way from the nearest bus stop and a long way from Wood Green - but our short time together provided reinforcement, if it were needed, of the value of the work being done in raising awareness of, and in time finding treatments for, dementia.

We don’t have to wait for a miracle drug before making interventions that can improve someone’s life.

I tell the story because I’ve just joined the board of Insurance United Against Dementia, an Alzheimer’s Society movement created and championed by the insurance industry. Together, we will raise £10mn to take on what is actually the 21st century’s biggest killer.

The night-time visit was a week ahead of my first meeting and it did make me think I was being steered by some kind of guiding hand. I know I have so much to learn.

The same week I had bought a book that has just been published: ‘What I wish people knew about dementia’. I had heard the author, Wendy Mitchell, who was diagnosed with young onset dementia at the age of 58, speak on the radio, explaining how there are so many preconceptions to overcome – the idea that someone with dementia could write a book is just one of them.

The book is warm, positive and inspiring, showing there are many different facets, from one who really knows.

Dementia, she makes clear, is not just about memory, it’s about changes to our senses, our emotions, our communication. It’s about our environment, inside and out.

There are reflections in there too on ‘wanderers’. She says in the book: "Before their diagnosis, they might just be known as ‘walkers’. People with dementia have a purpose, even though it may not be obvious to others…"

We don’t have to wait for a miracle drug before making interventions that can improve someone’s life. I’d recommend reading this uplifting and practical book as a fantastic gateway – it’s almost a travel book. Wendy herself says it’s for "those who are living with the disease, someone supporting a person with the disease, a professional working in the field, or just a curious individual who believes that empathy and inclusivity is better for all of us."  It shouldn’t be hard to sign up to the latter. 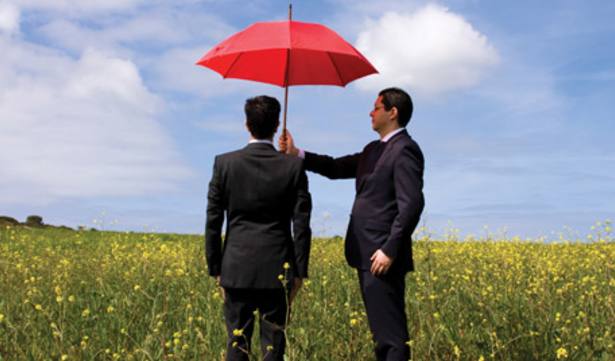 Opinion
A service from the Financial Times