The capital regime for the insurance industry needs “fundamental” review, a committee of MPs has been told.

Legal & General and Prudential both appeared before the Treasury Select Committee yesterday (25 January) to criticise the Solvency II regime.

The cross-European regime came into effect a year ago and sets out how much capital insurance companies must hold to reduce the risk of insolvency.

Nigel Wilson, the chief executive of L&G, said the rules made it harder for his company to invest in the UK, hitting British competitiveness.

He said: “If we were a car industry and regulators came along and said we had to hold three or four times as much capital in the UK car industry, particularly for car engines, very quickly those car engines would be produced in America and we would have to import them at higher cost, and that’s what we are seeing in our industry.

“The consequence of that is we end up owning a huge amount of assets in America to back UK liabilities.”

He said he had to employ “armies” of people to make sure he had enough capital to buy UK assets but American bonds would “just sail through”.

Mr Wilson added: “We have regulation which encourages us in the UK to buy US bonds, German bonds, and even Greek bonds in preference to UK assets. That can’t be a good outcome from a UK point of view.

“We want to invest in new real assets that create real jobs here in the economy in the UK.”

Meanwhile Julian Adams, group regulatory director of Prudential, said this affected his business which operated across the globe, with more than half its customers in Asia.

He said: “We have to apply Solvency II to our Asian business and it affects our competitiveness in that market.

“What we are actually talking about here is how consumers in the UK fund retirement. Can they use equity in homes? Can we provide long-term guarantees in the form of guaranteed retirement income?

“That’s what we are actually talking about. That’s why I think an overly narrow focus on microprudential safety and soundness delivers distorted outcomes for the UK.”

Mr Adams said there would have to be a “fundamental review” of the issue, saying Solvency II was a compromise between 28 countries.

Addressing the issue of Brexit, Huw Evans, director general of the Association of British Insurers, said the insurance industry needed as much certainty as possible as soon as possible.

He said: “Boards are in a challenging position of having to make a judgement call on how long it will take and be ready to serve clients at the point of any change.

“There is potentially a disconnect between the political process and what can be achieved in a reasonable timeframe and the level of certainty that a business needs to be able to deal with it.”

Zahawi pledges to get inflation 'back under control' 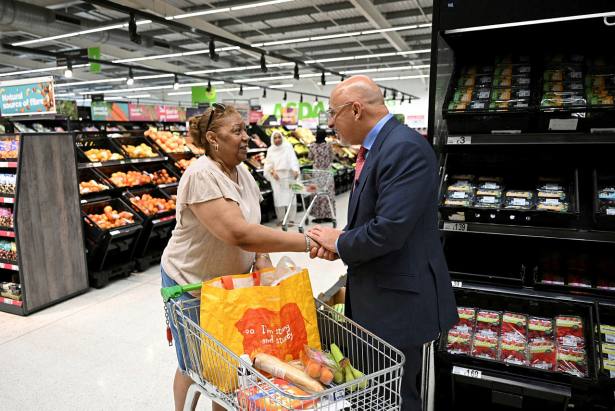