Andrew Bailey has been named as the next governor of the Bank of England when incumbent Mark Carney steps down next year.

Chancellor Sajid Javid announced this morning (December 20) he was "delighted" to confirm The Financial Conduct Authority boss would be Mr Carney’s successor, calling him the "stand out candidate".

He will take over from March 16 next year. Mr Carney was supposed to step down in February but a short extension has been agreed to provide a "smooth transition".

Mr Bailey has often been listed as a frontrunner to replace Mr Carney despite denying that he was lobbying for the job last year.

He has been chief executive of the FCA since 2016 but before this had been at the BoE for most of his career, eventually becoming chief cashier.

Mr Bailey was also the first deputy governor of the BoE for prudential regulation after being chief executive of the Prudential Regulation Authority.

He has been appointed for an eight-year term and will receive an annual salary of £495,000 for the role.

Mr Bailey said: "It is a tremendous honour to be chosen as governor of the Bank of England and to have the opportunity to serve the people of the United Kingdom, particularly at such a critical time for the nation as we leave the European Union.

"The Bank has a very important job and, as governor, I will continue the work that Mark Carney has done to ensure that it has the public interest at the heart of everything it does.

"It is important to me that the Bank continues to work for the public by maintaining monetary and financial stability and ensuring that financial institutions are safe and sound."

Some commentators thought Mr Bailey’s chances for the top BoE position could have been scuppered by a number of scandals which engulfed the City-watchdog this year, such as the collapse of mini-bond provider London Capital and Finance and the failings of peer to peer lenders.

The appointment of the next governor has been a lengthy and somewhat overshadowed process since former chancellor Philip Hammond posted the job advert for the role in April this year.

The governor of the BoE chairs the monetary policy committee, the Bank of England's interest rate setting body and other policy committees. Views expressed by Mr Carney over the past few years have had a big impact on sterling and the gilt markets.

According to the FT the candidates’ views on Brexit were a key factor in the process, alongside a vetting of past statements and a view of whether they were compatible with the directions of the new government. 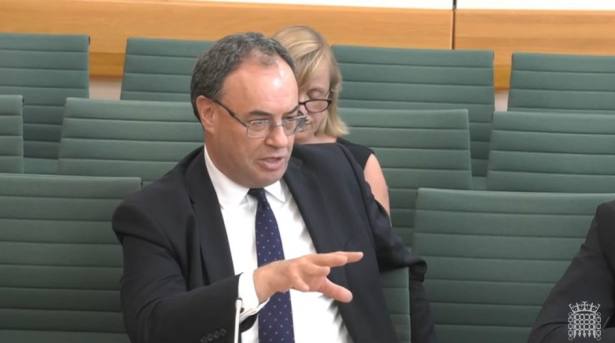