People from some ethnic groups have poorer outcomes in retirement than the average outcome experienced by the white majority, according to data by the Pensions Policy Institute.

In a briefing note, the PPI said these outcomes differed between and within ethnic groups by age, gender and other characteristics.

While there was some overarching data across ethnic groups as a whole in national surveys, sample sizes were typically inadequate to allow understanding of the many different factors which affect the outcomes of particular ethnic groups.

“With better data and evidence about the lives of people in these groups, informed, strategic policymaking which improves their lives will be possible in a way that it is not today,” the PPI said.

It called for further research on the impact of intergenerational poverty and disadvantage, the impact of cultural, religious, and family expectations, attitudes to caring and how retirement should be supported.

The PPI said data on household financial decision-making and how these factors differed between generations, age groups, and whether people are first‐, second‐, third‐generation immigrants.

“These problems will affect more people in future as the proportion of ethnic minorities in the UK is expected to grow from around 15 per cent today to around 30 per cent by 2061.”

There are several surveys similar to those necessary to investigate these areas, but the PPI said some question modification was needed to properly investigate cause and effect in the lives of people from ethnic minority groups.

Beyond this, sample sizes would need to be boosted in the majority of surveys, to enable breakdowns within ethnic groups by age, gender and income level in order to fully understand peoples’ different experiences.

Silcock said: “Strategic, tailored, policy-making and action by involved organisations (such as pension schemes), is required to reduce ethnic inequalities in retirement.

“However, there is insufficient data available on the experiences of all ethnic minority groups, to effectively inform policy and effect change.”

The PPI also called for further research to be conducted into survey feasibility and design.

She added: “This briefing note is intended to start the discussion about how data gathering can be improved in order to provide evidence for future policy-making.

“If retirement outcomes are to be made more equal, it is critical that there is better evidence on the impact of discrimination, intergenerational disadvantage and the way that culture and religion shape the experiences and opportunities of people from ethnic minority groups.” 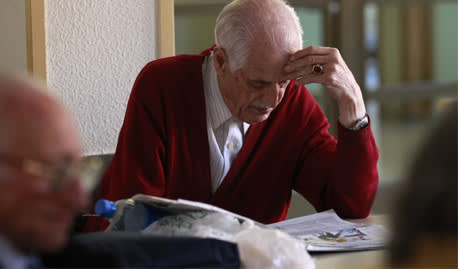