Over the past few days there have been significant warnings issued by pension companies about people stopping or reducing their workplace and personal pension contributions.

While they have said it seems to be early days, they have raised the alarming prospect that more and more Britons will be robbing their own futures to shore up their family finances now.

Towergate warned that 77 per cent of respondents to its latest poll of people in full-time employment said the cost of living was affecting them at work.

As people struggle to make ends meet now – a recent food bank volunteer told me they have seen a "frightening" rise in employed parents signing up for food parcels as the cost of living bites down hard – it is understandable that people are becoming sick with worry.

Sometimes, worry leads to action, and for many of my peers the following seems to be the order in which they are taking action as eye-watering energy increases threaten their finances this Christmas:

The latter is the last thing they want to cut back on – over and above the savings they aim to make from ticking off the elements higher up on that list.

But as advisers themselves have shown on social media, everything from residential and office rents, to energy bills and to car insurance, is rising almost exponentially.

Working different jobs or taking on extra income from selling stuff on eBay or other side-hustles is not always practical or worth the effort.

So what happens when all of those seven steps are done? What's next? Cutting back on food altogether? Not heating your house?

What about stopping valuable insurance contributions? What about the pension?

And here is where the attractiveness of that proposition will lie for thousands of households this winter. They will be willing to set aside the value of the tax incentives for having money taken out pre-tax and put into a pension.

They will be willing to forego the employer contribution on that pension – whether it was 3 per cent, 5 per cent or 8 per cent or doubled or matched.

Tomorrow will look after itself, right?

Most advised clients, frankly, will not have these issues to worry about. If you have £150,000 or more in disposable assets you can probably take the heating hit right now without stealing from your future self.

But thousands of people do not have those sorts of assets. And these people are, generally, not advised.

Use your voices as professionals to help those who have no voice.

According to official data, the real median salary in the UK is £25,971 – compare this to the average salary figure often quoted of £31,285 for full-time workers in the UK.

After housing costs and energy bills and all the other taxes, how much do they actually take home?

No wonder the pension pot is at risk. In fact, earlier this year, FTAdviser reported that Scottish Widows had noticed people starting to make an average reduction of £37 per month in their workplace pensions.

There is no greater feeling than telling clients yes, they can leave their job if they want 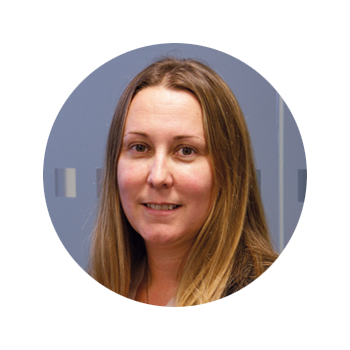