The shopper is looking into inheritance tax planning, setting up a will and taking out critical illness cover. She has just found out there is a history of breast cancer in her family and as she is a single mother she wants to ensure her two young children are protected should anything happen to her. She owns two properties and is paying off both mortgages, with the first worth £250,000 and the other £350,000. She wants to leave the properties to her children as tax efficiently as possible.

Each week the mystery shopper seeks advice from independent advisers in the UK. The aim is to find out whether advisers are delivering the goods when it comes to the all-important initial telephone contact between client and adviser. It is only intended to evaluate this first interview, and it is understood that further meetings would be necessary before final decisions could be made. The purpose is not to expose poor selling practices, but to show constructively any weaknesses in the advice process.

Speed of response: The shopper was transferred to an adviser quickly. 5/5

Payment method: The adviser said the initial meeting was free, after which an hourly fee would apply. He explained the company did not work on a commission basis because its aim was to charge clients only for the time spent with them. But he was not able to give a range, as the quote would be established upon further information provided in the meeting. 4/5

Guidance: The adviser said they would first have to establish what level of IHT would be due on the shopper's estate, and to evaluate the cost of protecting the estate against the IHT burden, alongside some CI cover. The adviser also noted that as he dealt with protection queries only, the shopper would first speak to another adviser in the company specialising in IHT and estate planning. Then, once a clearer picture of her objectives was gathered – and whether there would be any IHT issues – they could consider together the most cost-effective protection solution. He added that setting up a will was an important first step and as they had a number of relationships with solicitors could help sort this out too. 5/5

Knowledge: The adviser explained stand-alone CI policies were rare; most providers include life insurance as a whole package and it is possible to cover IHT and protection in the one plan with a life insurance policy and/or trust. In this respect, he explained it was a two-pronged effort, working out cheaper in the long-term. He also explained that a life insurance policy would not increase the size of her estate; that it was possible to move assets around to avoid a big IHT burden. However, he required some prompting for further information, and the shopper felt she had to ask several questions for more details. 3/5

Tom Baigrie pleas with insurers to rein in their agents 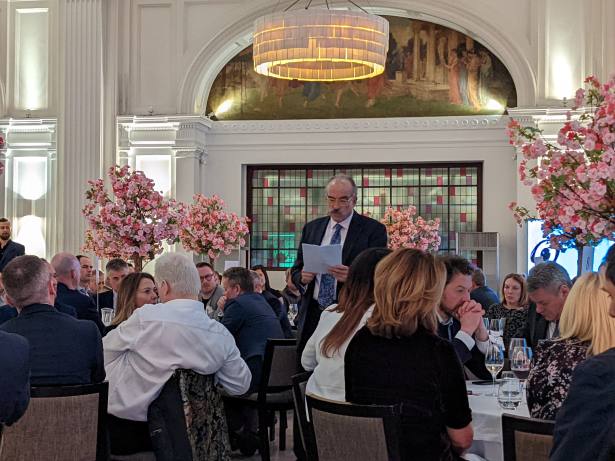 Investments Mystery Shopper
A service from the Financial Times