Adviser directory Unbiased has been accused of confusing clients by installing a new process which means customers cannot see which adviser they have been matched with.

While clients can still use the search directory option, Unbiased now also allows clients to fill in a contact form - either online or over the phone - which is used to match them with an adviser.

Previously the only option available was to match clients with 80 advisers based on their postcode; the client would then have to sift through the list and choose a firm.

The new option, which was being tested for six months before being made a permanent feature on the website, matches a client with seven advisers, all of which are invited to accept the enquiry.

The first adviser to accept is given the client’s details and has 24 hours to contact the client.

Michael Ossei, head of adviser product and services at Unbiased, which has 26,000 advisers on its database, admitted the organisation had received complaints from advisers about the new option.

But he said the changes aim to speed up the process, pointing out it means advisers can choose if they want to interact with a potential client.

Wendy Cochran, independent financial adviser at Dalbeath Financial Planning, said these changes had not been communicated to advisers.

“When we get an email from Unbiased asking us to contact a client, it has not been made clear to us that the client had not specified they want contact from our firm.”

Ms Cochran said, when she has called clients recently, they seemed confused about who she was and which company she represented, because the customer had never been told which financial advice firm they had been matched with.

She said another problem with this system is it removes the choice of adviser from the client.

“Previously clients could click through to read the advisers’ profiles and decide who to use, which is particularly useful if you want a female adviser or someone who does home visits, for example.”

Ms Cochran said she thought clients would even be put off seeking advice because Unbiased is giving out customers’ personal details, without it being clear how those details are being used.

“I would certainly not use this option,” she added.

The IFA also accused Unbiased of promoting cold-calling because the first point of contact is from an adviser which the client has not chosen.

But Mr Ossei disputed this, saying the consumer has agreed to be contacted by an adviser through the terms and conditions and should expect a call within 48 hours of completing the form.

“Every adviser has to introduce themselves and book a meeting over the phone,” he said, pointing out that advisers are only contravening the Financial Conduct Authority’s rules if they sell a product straight away. 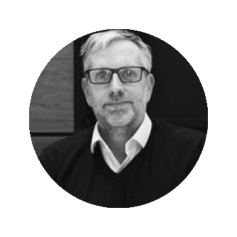 Unbiased IFA Independent
A service from the Financial Times