Chris Hannant, director general of the Association of Professional Financial Advisers, has revealed one of the reason members of his trade body should back a merger with the Wealth Management Association is to cut costs.

Yesterday’s (8 May) announcement that Apfa is set to merge with the WMA came less than two years after the trade body posted a £30,080 loss for the year to the end of June 2015.

According to Mr Hannant the Apfa council firmly believes a merger with the WMA to form the Investment Management & Financial Advice Association (IMFA) would result in “merger synergies” by the end of year one.

He said these synergies would mean the IMFA should have an improved ongoing financial position.

Neither the press release sent out about the merger nor the letter sent to Apfa members clarified what these “merger synergies” would be.

FTAdviser has contacted both Apfa and the WMA to ask whether these synergies would involve staff being made redundant or a move to new offices.

Mr Hannant confirmed all WMA staff will be employed by IMFA. He will stay for "a transitional period as a strategic adviser" with the IMFA, while Apfa’s other permanent staff, Caroline Escott, Alex Roberts and Emma Evans, will be employed by the new trade body.

Apfa, which is currently based in offices in Westminster, London, will move to the WMA's offices.

Mr Hannant said: “Through this proposal, we can unlock further synergies, expanding upon the policy expertise acquired, to champion our new wider remit.”

As the new trade body IMFA, Mr Hannant said the collective expertise will significantly exceed the offerings of each former trade association, for the benefit of existing members.

On whether advisers would leave as a result of the end of Apfa, he said the amplified strength of the IMFA’s unique voice is expected to attract new member firms that have previously not been a member of either association.

On the benefits Apfa members will see from the merger, Mr Hannant said they will get enhanced services currently offered to WMA members such as free or reduced rates to attend over 60 events and seminars per year, both within and outside London.

There will be a new webinar and technical workshop programme plus a dedicated policy support area on the new IMFA website.

Apfa members will also get an entry on a member directory accessed by thousands of private clients. 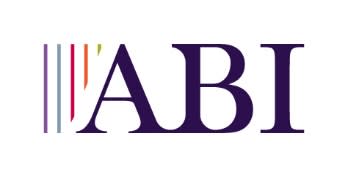 Advisers urged to watch for signs of financial abuse

Pimfa asks advisers to lobby MPs ahead of 'parliament day'