Transact has been told to cough up compensation for problems following a financial adviser's instructions to phase investment funds.

An adviser arranged for his client's investments to be transferred from a discretionary manager to a Wrap account with Transact in July 2017.

A dealing instruction was provided to Transact for the monies received to be 100 per cent invested in one of the discretionary manager’s portfolio templates.

So, when the first investment was transferred in August, the funds were invested in line with the instructions provided.

But the adviser hadn't intended on this happening as he wanted to phase investment over a six-month period.

The adviser called Transact on August 31, 2017 to explain this and asked for the provider to disinvest the transfer value apart from £64,000 that was to remain invested.

He also said, given the complexities of phasing in this case, he would take control of placing future investments and so he directed them not to 'auto-invest' future transactions.

The adviser sent details of this to Transact in an email.

Transact explained to the adviser on September 6 that it was possible for future monies received to avoid being rebalanced, and so the client wouldn’t be invested in line with the instruction previously provided, by setting up satellite wrappers.

This would allow the adviser to phase investment as planned.

Mr L's adviser replied the same day confirming he wanted these wrappers to be created.

But the discretionary manager re-balanced the adviser’s client’s portfolio on September 8 in line with their portfolio template.

The adviser asked Transact to undo this and so they sold the units that were purchased.

The satellite wrappers were later set up and the adviser phased the investments as originally planned.

But the adviser still complained about the loss suffered as a result of the rebalance that took place on September 8.

Transact argued they weren’t responsible for the loss as it was the discretionary investment manager who rebalanced the portfolio.

Transact argued they did not instruct or oversee any discretionary investment management transactions.

Transact also explained that the portfolio instructions they carried out were accepted by clients and their advisers on an execution-only basis.

But ombudsman Daniel O’Dell ruled if Transact had given the correct information to the adviser on August 31 then the wrappers could’ve been created and the existing monies would’ve been transferred to these before the rebalancing took place.

Mr O'Dell said: "I accept Transact don't carry out an investment in a portfolio without a clear instruction and that in this case the discretionary manager was able to access the portfolio.

"But given the instruction (the) adviser provided Transact in the August 31 call, I think it’s reasonable to have expected them to have provided him with the relevant information to have stopped this from happening.

Transact has 'no interest' in winning smaller clients The problem with platform M&A 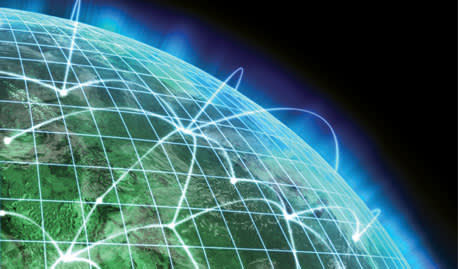 Nucleus boss on the future of platforms

Transact has its best-ever first quarter