An advice firm facing complaints about pensions has gone into liquidation.

Consumer Wealth faces 13 complaints which have been submitted to the Financial Ombudsman Service.

The business has now appointed RSM Restructuring as administrators.

Only one complaint against the firm has been decided on, with a decision published by the Fos in December.

It related to an investment in a fund run by Greyfriars Asset Management, which had seen its permissions restricted by the Financial Conduct Authority before becoming insolvent.

The complaint, which was upheld, was lodged by a client referred to as Mr F, who was advised to switch two personal pension plans, valued at almost £58,000, to a Sipp.

Consumer Wealth recommended that he invest 49 per cent of the Sipp into an equity fund and 49 per cent into the GAM Portfolio Six fund. The remaining 2 per cent was held in cash.

Ombudsman Keith Taylor found the GAM Portfolio Six fund was made up of "niche" investments such as overseas hotel rooms off plan, property development of grade listed buildings in Germany and the development of a waste treatment and energy recovery facility in Wales.

He said: "These niche investments offer relatively high returns which generally is an indicator of the underlying investment risk. These investments were also unregulated and I wouldn’t expect to see this proportion of a pension fund invested like this.

"So whilst the investments had been amalgamated into a single fund, I don’t think it makes it suitable to investment virtually half of Mr F’s pension in a fund like this."

The advisory arm of Greyfriars was sold to Insight Financial Associates for £440,000 last year while the company's Sipp business was sold to Hartley Pensions.

This division commenced a wind down in 2017 and is no longer active. 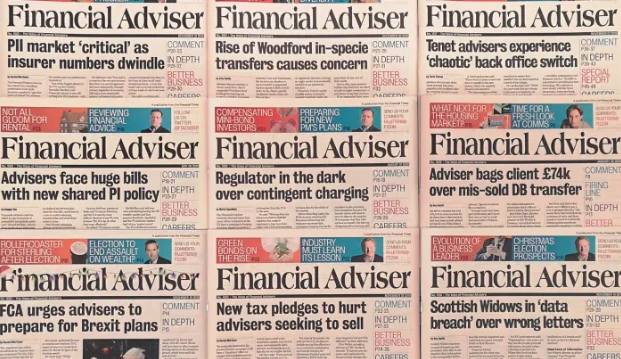 Lockdown is a good time to hire

Sounding the alarm on lockdown scams