The Association of Mortgage Intermediaries has criticised the government for inadvertently "promoting" one adviser firm over the rest of the market in its new ‘how to’ property guides.

The Ministry of Housing, Communities and Local Government published a range of How to Buy and How to Sell homes guides for consumers last week (May 7).

The documents include a number of embedded links which take the consumer to Which? — a membership-based consumer charity.

Once on the Which? website, the user will be offered the option to talk to one of the mortgage advisers in the organisation's connected commercial arm.

Robert Sinclair, the Ami chief executive who was involved in the creation of the guides, told FTAdviser he had campaigned throughout the creation process to avoid such links.

Ami stated it had also asked for alterations to the documents, some of which have been refused, and had asked to see proof of due diligence, tendering processes and internal approval processes, but this had not been shared.

Mr Sinclair said: "We are extremely disappointed at the approach taken here on what are otherwise an excellent series of documents.

"However, we cannot support or endorse the promotion of one advisory firm, even indirectly at the expense of others.

"Ami has always championed a level playing field on all matters and will continue to do so. We hope that MHCLG will reconsider their approach and move to a more balanced position."

A MHCLG spokesperson said: "Buying a home can be a difficult and complex process so these pages are currently the best source of consumer advice and guidance on choosing the right estate agent or buying a new-build home.

"The government does not endorse individual mortgage providers or advisers."

The MHCLG spokesperson also said they had removed some of the links to the Which? website following a consultation with Ami and said the department had worked closely with stakeholders across the property industry to develop the guides.

Ruth Whitehead, of Ruth Whitehead Associates, said it was unreasonable that a quasi-government leaflet should be seen to bias one company over another.

He said: "It’s disappointing to see the government is not supporting open market forces and the full market.

"This could lead consumers to the wrong type of adviser depending on their circumstances. For example, if you have a small mortgage then you should not be going to a broker who charges big fee.

"If the consumer does not have a choice they could be led to a disadvantage." 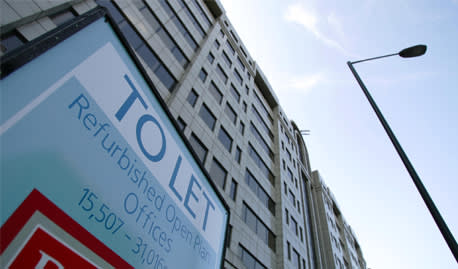 Brexit is creating opportunities for property