A business model based on human interaction coupled with technology could reverse a trend of consolidation in the robo-advice sector, says the European chief executive of Wealthsimple.

Toby Triebel says: “The hybrid model works extremely well in the UK and [in all places] as every one of our clients have access to a human adviser.”

He adds: “Technology will find it very hard to replace that human interaction. Ultimately, you are dealing with people’s finances and money, which is a very sensitive topic.

He acknowledges that “[artificial intelligence] has made many headwinds”, but still stresses that technology can never replace human advice.

Mr Triebel explains how Wealthsimple launched in the UK in late 2017 to address a gap in the British advice market. The company originally launched in Canada in 2014.

The human advice element of Wealthsimple’s UK business consists of three advisers, all qualified to chartered level, and a ‘client success’ team.

The client success team based in Toronto and London cannot provide any advice, but can speak to clients to answer simple questions, such as the type of accounts Wealthsimple offers – but they then speak to an adviser if they want a portfolio view or to change their level of risk.

“Millions of British people do not have access to advice, predominantly because they think they may not have enough money to invest or they think [getting advice] is too risky,” says Mr Triebel.

Wealthsimple was set up to help solve that issue; to help people achieve their financial goals, he says, adding that what really attracted him to the company was the technology to solve this problem.

He says Wealthsimple tries to differentiate itself in a crowded robo-advice marketplace through building a lifestyle brand for financial services.

“We want to help them to invest in something more personal and relatable, as we understand that investing can be scary, overwhelming.”

This is why the company has a blog – essentially a magazine profiling interesting people’s relationship with money, he notes.

He began his career at Goldman Sachs in London and then moved into the hedge fund industry. He was an investment professional in emerging market hedge funds before moving into the entrepreneurial fintech space.

“I left Goldman Sachs to progress my career and do something that really interested me at that time, which was investing,” Mr Triebel says.

Mr Triebel says socially responsible investing is a core theme for Wealthsimple as the company says that one-in-five of its global clientele has SRI portfolios.

“My outlook for the environmental, social and governance sector is positive – especially for younger clients. If you look at the asset class as a whole, it has grown significantly over the last few years and I would expect that growth to continue,” he says. 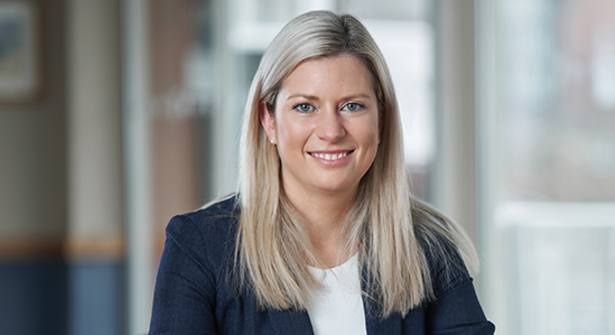