The fiscal watchdog has warned the UK economy is set to face a record 35 per cent drop in output if the lockdown remains in place until June.

In a coronavirus reference scenario, published today (April 14), the Office of Budget Responsibility predicted real gross domestic product would fall 35 per cent in the second quarter of this year while unemployment would rise by more than 2m to 10 per cent.

GDP would “bounce back quickly” however, according to the OBR, while unemployment would recover at a slower rate.

The OBR predicted policy measures from the government would support households and companies’ finances through the shock.

We must not underestimate just how staggering these figures are, and by how much the economic outlook has shifted compared to just a few months ago

To make its predictions, the OBR assumed a three-month lockdown and a further three months of partially lifted measures when analysing the potential fiscal impact for Q2 2020. It also assumed the economy would recover quickly with no lasting damage.

In this scenario, public sector net borrowing would increase by £218bn in 2020/21, when compared with the OBR’s predictions at the March Budget last month.

On March 11, the independent tax and spending watchdog revealed it expected borrowing to increase by £55bn for the 2020/21 year, to stand at 2.1 per cent of GDP.

Public borrowing is now predicted to total £273bn for 2020/21 or 14 per cent of GDP. According to the OBR, this would be the largest single-year deficit since the Second World War.

This result would primarily be due to falling tax revenues due to the lockdown — and other policy measures like business rate holidays — alongside public spending, the OBR said.

The OBR stated its scenario should not be viewed as a central forecast of what was most likely to happen.

It said: “It is instead an illustrative scenario, based on particular assumptions regarding the duration of the measures and their economic impact, that shines a light on the channels through which the economic disruption and the government’s policy response are likely to affect the public finances.”

Paul Johnson, director at the Institute for Fiscal Studies, said: "We must not underestimate just how staggering these figures are, and by how much the economic outlook has shifted compared to just a few months ago.

“These figures are predicated on a short-term economic hit and a swift recovery. Should the lockdown last for longer than three months or the economy fail to bounce back, the picture would worsen further.”

Mr Johnson said “tough decisions” would have to be made which were likely to involve tax rises and higher debt for “some time to come”. 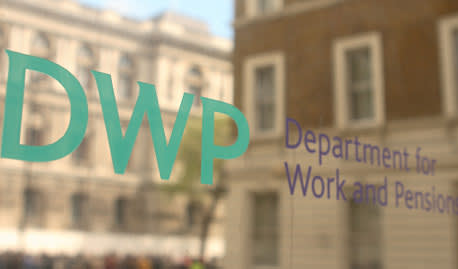 Now is the time to embrace the whistleblowers

Coronavirus Your Industry Economy UK
A service from the Financial Times