The country was split between rejoicers and those concerned measures were being lifted too soon this week when Boris Johnson announced people will be able to return to pubs and restaurants in the country's next step towards a ‘new normal’.

New beginnings was also the name of the game for the finance world as Nikhil Rathi was revealed as the next top boss of the City watchdog, fresh acquisitions were announced and a new consolidator was launched. It’s time for the week in news.

1) A new sheriff in town

The big news of the week was that Nikhil Rathi, the chief executive of the London Stock Exchange, has been appointed as the next head of the Financial Conduct Authority — four months after Andrew Bailey left for the Bank of England and in a critical time for the sector.

Oxford-educated Mr Rathi has experience as a policy man, spending 11 years at HM Treasury before joining the LSE, and already has close dealings with the FCA, having sat on its markets practitioner panel since 2015.

The advice industry has welcomed the news in the hope he will “steer a steady course” for the sector in the aftermath of the coronavirus crisis.

But the FCA’s new chief executive is potentially heading into muddy waters, as MPs have this week stepped in over “troubling” concerns surrounding the way the FCA handles complaints from consumers.

The Treasury committee’s chairman Mel Stride has written to the regulator and its watchdog to address a growing number of complaints about the FCA, saying the committee expected to see “real progress” in this department.

Advisers accused Prudential of performing a “land grab” in its latest digital push after it launched an online service allowing customers to bypass their advisers and withdraw funds from their pension.

Mike Jordan, IFA at Jordan Financial Management, said: “These are clients we have introduced to Prudential to use PruFund, and [it is] not honouring the basis of the relationship by now trying to bypass the adviser, at the risk of client detriment.”

Prudential said it would “strongly recommend” advised clients speak to their adviser before making any changes to their savings and would “never seek” to intervene in the IFA-client relationship.

Brooks Macdonald is set to take over Lloyds Bank International’s offshore wealth management and funds businesses, it was announced this week.

The deal, worth the best part of £10m, will see £1bn discretionary funds under management added to Brooks, serving around 12,000 clients.

Through the discussions, Brooks and Lloyds Bank Corporate Markets also reached a referral agreement whereby the two firms will introduce relevant services to each other’s clients. 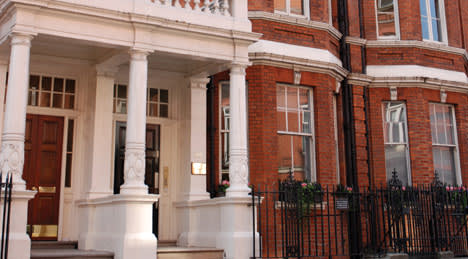