The Bank of England will explore the use of negative interest rates should the outlook for the UK warrant cutting the base rate below its current historic low of 0.1 per cent.

Minutes from the monetary policy committee, published today (September 17), show the committee had been briefed on the central bank’s plans to explore how a negative bank rate could be implemented effectively.

According to the minutes, the BoE and the Prudential Regulation Authority will begin “structured engagement on the operational considerations” for negative rates in the fourth quarter of 2020.

It is not the first time the central bank has signalled it would be open to using negative rates.

In its August economic update, the BoE said the committee was “currently considering” whether the effective lower bound for the bank rate could be below zero.

The pound slipped 0.7 per cent against the dollar on the news the central bank was examining how negative rates could work in the UK.

Today’s announcement also showed the MPC had judged its existing monetary policy — base rate at 0.1 per cent and a target of £745bn for asset purchases — remained suitable.

The MPC said: “The outlook for the economy remains unusually uncertain.

“The path of growth and inflation will depend on the evolution of the pandemic and measures taken to protect public health, as well as the nature of, and transition to, the new trading arrangements between the European Union and the United Kingdom.

“It will also depend on the responses of households, businesses and financial markets to these developments.”

Recent domestic economic data had been “a little stronger” than the committee expected, but it added that given the risks it was unclear how informative it was about how the economy would perform further out.

Increases in Covid-19 cases in some parts of the world, including the UK, had the potential to weigh further on economic activity, the bank said, while a risk of a more persistent period of elevated unemployment remained.

The committee said: “[We] will continue to monitor the situation closely and stand ready to adjust monetary policy accordingly to meet its remit.

“The MPC will keep under review the range of actions that could be taken to deliver its objectives.

“The committee does not intend to tighten monetary policy until there is clear evidence that significant progress is being made in eliminating spare capacity and achieving the 2 per cent inflation target sustainably.” 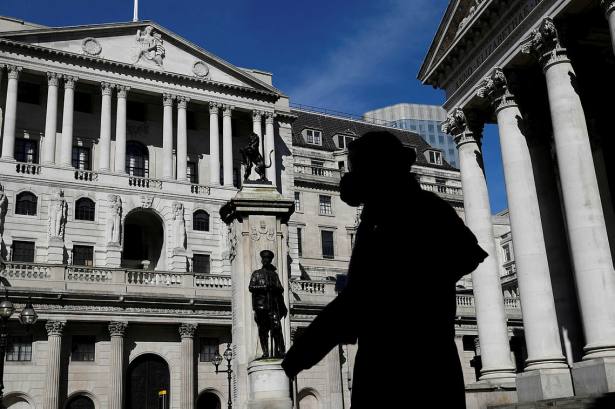