The City watchdog was “slow” to identify the risk presented by the minibonds issued by London Capital and Finance to investors, according to the investors’ lawyer.

Speaking on the first day of a judicial review brought by four LCF investors against the Financial Services Compensation Scheme this morning (January 19), James McClelland, of Shearman and Sterling, said the investments involved in the case were so “unusual” that the Financial Conduct Authority had appeared “slow to identify the risks”.

He said: “In the overwhelming majority of cases, bonds and shares are transferable. Indeed, in this case the FSCS has equivocated as to whether the bond in question is a bond if it is not transferable.

“It illustrates quite how unusual it is for an investment firm to sell non-transferable bonds, and it is so unusual that the FCA appears to have been slow to identify the risks it presents.”

Before it entered administration in January last year, LCF raised in excess of £237m from more than 11,500 investors over the course of two years, and it has been embroiled in a scandal since.

The issue of compensation from the FSCS has been a matter of much debate over the past year.

Currently, just 22 per cent of the investors in the collapsed minibond provider have been compensated — those who switched from a stocks and shares Isa to LCF bonds, as ‘arranging deals in investments’ is a regulated activity, and those who were given misleading advice from LCF, for the same reason.

The other investors were not able to receive compensation as the FSCS concluded that the act of issuing minibonds was not a regulated activity, and therefore not something the scheme protects.

The judicial review, set to last three days in total, centres around this conclusion, with the claimant’s lawyer arguing that by issuing minibonds, LCF was “dealing in investments” — a regulated activity — and also agreeing to continue to engage in said activity.

In his opening statement to the virtual court today, Mr McClelland said: “To put it mildly, these investors were not high rollers. They were small investors investing personal savings and were mostly in or approaching retirement.

“These were persons who could little afford to lose the money they invested. This means they were persons for whom FSCS protection would be particularly valuable.”

Mr McClelland said investors who lost money with LCF were “not people seeking a risky investment”, and noted the products were marketed as a fixed-interest secured investment or as low-risk as a cash deposit.

The FSCS is bearing its own costs for the judicial review, regardless of the outcome, to ensure the investors’ case could be heard in court.

The regulator’s handling of the LCF scandal has been under fierce scrutiny since the firm’s collapse, with an independent investigation finding “significant gaps and weaknesses” in the FCA’s policies and practices.

Overseen by Dame Elizabeth Gloster, the review found the FCA had failed to properly regulate the now collapsed company and warned its handling of information from third parties regarding the business was "wholly deficient".

Why the FCA's vulnerability stats matter 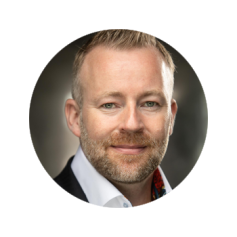 How you can help root out 'the rogues'