Wealth management company Quilter has launched a support hub for financial advisers, to help them facilitate conversations with their clients around all aspects of redundancy.

Today's (March 2) launch comes in anticipation of an increase in people being made redundant as the economic fallout of the Covid-19 pandemic rears its head.

According to the Office for National Statistics the number of redundancies in October to December 2020 reached 12.3 per 1000 employees, up from 3.9 per 1000 people in the same period in 2019, and is expected to rise as government support schemes are withdrawn.

The ONS said the rate of redundancies during the pandemic had exceeded the highest rate reached during the financial crisis of 2008.

Jane Goodland, corporate affairs director at Quilter, said: “Being made redundant is not uncommon but those who have met this fate will agree it can be really difficult emotionally and financially.

“Advisers may feel uneasy about talking to clients about this but it’s during these times that advisers can add considerable value to help guide clients through what can be a worrying time.

“We’ve provided a suite of resources for advisers to help them have those client conversations and helping them be a source of trusted advice and support. Much of the economic pain from the pandemic is yet to be felt, but advisers can support clients now to help them be prepared should redundancy come their way.”

Quilter said the hub will feature resources for advisers to recommend and use with clients, covering topics from navigating redundancy to how to create a growth mindset, and the importance of adaptability.

These resources will complement the practical support that advisers can provide to their clients in terms of finances, by focusing more on the mental impact of redundancy.

Quilter has developed the resources with its in-house career coach along with a number of experts.

At last year’s November spending revue, the chancellor Rishi Sunak announced a £500m package to support mental health services in England after increased demand for support during the pandemic.

However, the majority of the funding was earmarked for specialist services for young people, including in schools, and support for NHS workers.

The Labour Market Outlook from the Chartered Institute of Personnel and Development, published in February, estimated that the unemployment rate was reaching its peak, saying more than half of employers planned to hire new staff over the next three months. 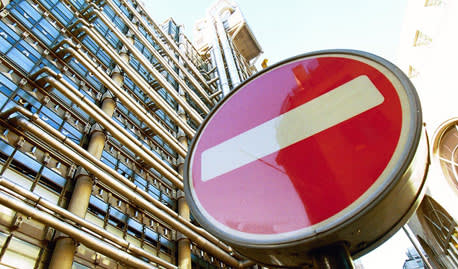 Quilter
A service from the Financial Times