The Diversity Project has outlined its targets for the next five years as it celebrates its five-year anniversary.

The group, which currently has 80 firms and 50 partner organisations committed to the project, has set new targets around three aspects of diversity including ethnic minorities, gender and socio-economic backgrounds.

The targets include member firms committing to 20 per cent of fund managers being female, gender pay gaps reduced by one third of their 2019 figure, and at least 80 per cent of interns and graduates to have attended state school for the duration of their secondary education.

The project was launched in 2016 by a number of senior figures in the pensions and investments sectors to tackle the lack of diversity in those spaces.

Morrissey said: “This past year, we’ve experienced the biggest shake up imaginable in all aspects of our lives. It’s not the way we wanted to catalyse a step-change, but we are seizing the moment to refocus our efforts to accelerate progress towards a more inclusive culture and greater diversity of talent.

“Diversity and inclusion in the investment and savings industry has come a long way and I’m hugely proud of all that the Diversity Project has achieved.

“With the scale of participation and level of commitment, I feel more optimistic than ever that we can and will continue to make progress”.

The members signed up to the project will also be required to collect socio-economic data for their employees, to track promotions, and to support one or more graduate or school-leaver recruitment programmes focussed on socio-economic diversity.

The project will soon launch a ‘90 per cent’ campaign, which will encourage the industry to target a 90 per cent ethnicity disclosure rate within two years, which will provide a basis for additional targets to be set.

Richards said the project has played a key role in bringing the investment and savings industry together to make progress on diversity and inclusion.

She added: “There is now broad agreement on the robust business case for diversity and inclusion because of the huge benefits they bring to our organisations in terms of innovation, better problem solving and more engaged employees who value the stronger sense of fairness.

“We celebrate our progress, knowing that there is still more to do, and look forward to continuing to work together to create an industry where everyone feels they can succeed and thrive.” 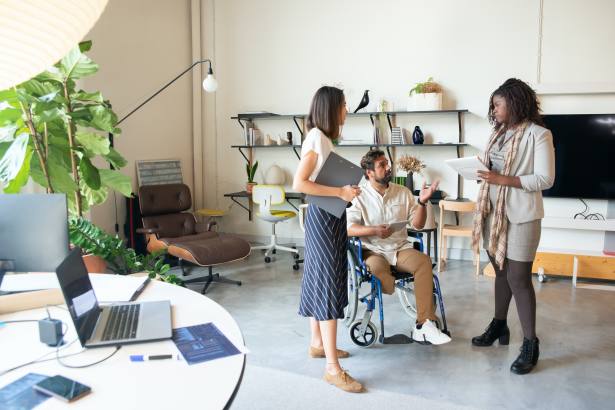