Despite acquisition activity within the independent financial adviser sector, the chief executive of Oberon Investments Group describes its recently purchased arm Smythe House as the “final piece of the jigsaw”.

In May, the Mayfair-based financial boutique announced it had completed the acquisition of adviser and wealth manager Smythe House, three months after its admission to trading on the Aquis Stock Exchange via a reverse takeover.

While its admission to Aquis enables the group to raise money and access capital “a lot quicker” for any acquisitions, chief executive Simon McGivern also says the company is not looking to acquire any other IFAs.

“The Smythe House acquisition was [because] we wanted to give financial advice to our existing customer base and new customers.”

The group comprises three divisions: wealth planning, courtesy of Smythe House; corporate advisory and broking through Oberon Capital; and investment management via Oberon Investments and Hanson Investment Management. The latter was also an acquisition by the group.

As of April, Hanson’s assets under administration were at around £150m, up from a declining AUA of circa £95m when it was acquired in June last year. But according to McGivern, the group does not “chase” acquisitions.

He adds: “There’s a lot of aggregation in the market, particularly in the IFA market where people are paying huge multiples. We’ve always managed to acquire companies on sensible multiples and then help them grow.

“So we’re in no rush to overpay for something or do an acquisition we don’t need to.”

Having cut his teeth at Panmure Gordon Investments after university, it is clear those initial years have had an impact on how McGivern leads Oberon today.

“What we’re looking to do is what people like Panmure Gordon did in the old days, which is to be all-servicing.”

McGivern adds: “It was a great multi-purpose business and it had traditional values. What we’re trying to do is do what they did, but bring technology and hard work. If we can keep hiring intelligent, clever, hardworking people and combine it with technology and a focus on what the clients want, we’ve got a really good business.”

After six years at Panmure Gordon Investments, McGivern left the City in 2002 and went into what he calls the "real world".

Having founded several companies, such as e-commerce venture Handpicked Companies and branded product developer LiteBulb, it is also clear that McGivern’s experience outside of the City has influenced his approach at Oberon.

“[At LiteBulb] we were going out doing huge amounts of customer research on what sort of products people wanted and what was missing in the market. Our view, and I think it’s proven to be right, is that that doesn’t happen so much in the City.

“People aren’t going out and saying, "What do customers want?" And that’s what we’re doing.”

As well as “normal, everyday” wealth management, McGivern says they find that many clients are looking for “something different”. 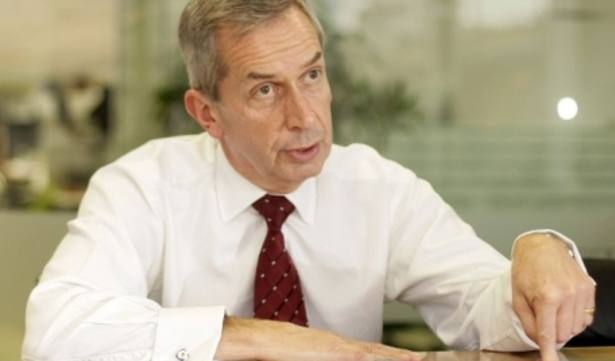 Investments Mergers and acquisitions IFA
A service from the Financial Times