The Treasury has ignored proposals to raise capital gains tax rates to align them with income tax and reduce the levy’s annual allowance.

In a letter to the Office of Tax Simplification’s chairwoman and director Kathryn Cearns and Bill Dodwell, published yesterday (November 30), the Treasury accepted five of the 14 recommendations, with a further five being under consideration.

But there was no mention of the recommendation to change the rate of CGT.

In its two reports on CGT, at the request of the chancellor, the Office of Tax Simplification had concluded the tax needed reform in a number of areas.

It found the disparity between CGT and income tax rates was one of the main sources of complexity, often distorting “business and family decision-making” and creating a tax incentive for taxpayers to 're-characterise' income and capital gains.

It said a greater alignment of rates would reduce complexity and bring in an estimated £14bn to the exchequer.

But the Treasury only agreed to implement five of the OTS’s recommendations in its second report, which were more technical.

These include extending the ‘no gain no loss’ window on separation and divorce and to consider extending the reporting and payment deadline for the UK property return to 60 days.

In her letter, Lucy Frazer, financial secretary to the Treasury, wrote: “As you rightly highlight in your first report, these reforms would involve a number of wider policy trade-offs and so careful thought must be given to the impact that they would have on taxpayers, as well as any additional administrative burden on HMRC.

“The government will continue to keep the tax system under constant review to ensure it is simple and efficient. Your report is a valuable contribution to that process.”

Julia Rosenbloom, tax partner at Smith & Williamson, said: “Overall, it is important to note that these responses from the government only largely concern acceptances or rejections on technical and administrative aspects of CGT.

“Crucially, this update gives no real steer on whether we might see an increase in CGT or other changes to the CGT regime.”

In the same letter, the government rejected all 11 recommendations from the OTS’s July 2019 report on how to simplify the technical design of inheritance tax.

In its second report, one recommendation the OTS made was to get HMRC to provide further detailed guidance on the circumstances in which a gratuitous benefit may arise when making certain pension transfers, such as from a defined benefit scheme into a personal pension scheme shortly before death.

Frazer wrote: “You will [...] be aware that the Budget in March announced that the nil-rate band and residence nil-rate band will be maintained at their 2020-21 levels up to and including 2025-26 to help rebuild the public finances and fund public services.

“Any potential changes to reliefs and the regime for lifetime gifts must be considered in this wider context. As you acknowledged, the report also raised wider questions about policy issues. 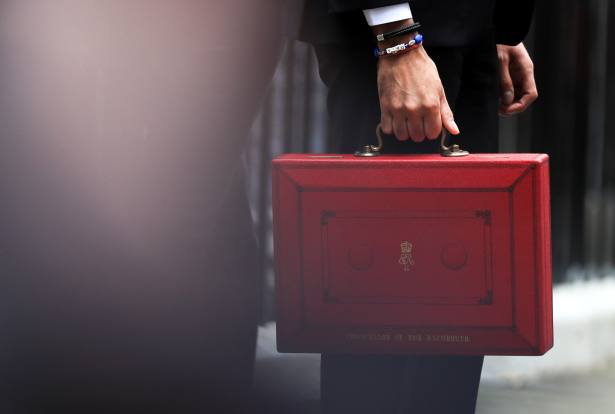