The company has also started a weekly 'huddle' to do sessions such as teach-ins on neurodiversity. The aim, according to Jenkins, is to raise awareness of issues such neurodiversity and how Saltus can create a more inclusive environment for staff.

For example, one recent huddle talked about autism and dyslexia and what line managers need to learn and do to make the workplace an inclusive environment for people who are neurodiverse.

"We want to give people the confidence to say they suffer from dyslexia, for example, and we did find after the session that some people have never disclosed this condition to their line manager", Jenkins said.

By allowing people to come forward - rather than relying on diversity questionnaires which are simply tick-box data gathering exercises that do not encourage people to disclose information - Jenkins said she believes staff can feel more confident and encouraged.

Earlier this week (March 29), Sir Richard Branson wrote of his own dyslexia. He said: "I’m proud to be a dyslexic thinker and I have used it to my advantage to shape the Virgin brand.

There is an obvious issue with diversity in the wider industry.

"It wasn’t until I dropped out of school at 16 that I was able to cast my lack of interest in mental arithmetic, my wandering mind, and short attention span in an entirely new light. I recognised these were actually the result of epic imagination.

"Where others saw problems, I was able to see solutions. Insurmountable challenges became endless opportunities. I was able to easily simplify things and see the bigger picture."

The company is also creating a diversity policy and has been talking to some clients about it. "I have clients who are also involved in diversity projects and who sit on diversity committees, and they have been asking about the policy Saltus has.

"We want our company to reflect our clients and we want to be able to attract clients because they can see themselves with Saltus. This is really important for us", Jenkins said.

She added there is "an obvious issue with diversity in the wider industry" but for Saltus it is about making small changes for colleagues and clients.

At the time, Saltus said this purchase was part of its growth strategy, which is to identify established owner-managed firms that share its approach to wealth and investment management. 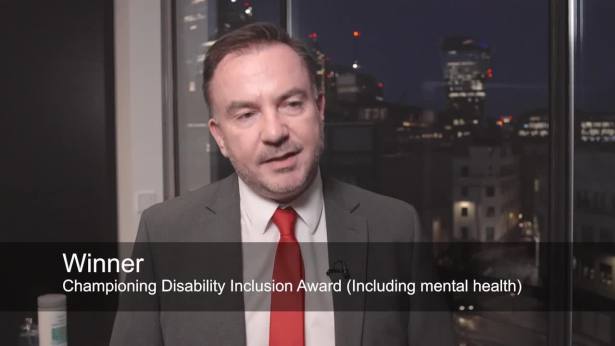